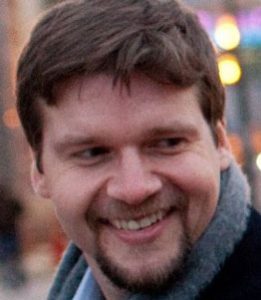 Justin is a Principal Business Analyst at Baltimore Gas & Electric/Exelon. He is focused on solar and storage initiatives as part of the regulatory and strategy team at BGE, including design and implementation of potential pilot programs. Previously, he worked on the five-person Finance Team across the US Army’s Office of Energy Initiatives (OEI) and Air Force’s Office of Energy Assurance (OEA), leading the economic analysis, pro forma financial modeling and utility rate analysis. He also worked at Thomson Reuters, Point Carbon, and IBM.

During his time in Michigan, he interned with Dow Chemical and Weyerhaeuser, performing due diligence on carbon offset projects for their respective business lines. He also co-authored the master’s project entitled, “Renewables, Power, and Cost of Capital,” and performed a short term consulting engagement with Waste Management Inc as part of the Ross MAP program. Justin holds a BA in Foreign Affairs and Economics from the University of Virginia.