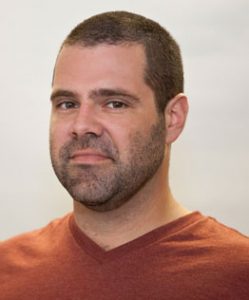 José is passionate about his hometown, Houston. After graduating from Cornell Architecture in 1998, he returned to Texas to positively impact his city. After a brief stint at a small architecture firm, he spent over 11 years at the large international architecture, design, and planning firm, Gensler. While there, he designed building and interiors projects for clients as diverse as Deloitte, Hilton, USAA, Chevron, and the Blaffer Museum at the University of Houston. In addition to designing buildings that increasingly incorporated sustainable systems and strategies, he also volunteered extensively for community arts and design organizations that worked to shape the city into a more livable urban center. From guest editing a design journal to helping reorganize the public arts agency to helping found an organization that will build an interdisciplinary arts center, he spent nearly as much time in his volunteer career as his professional one. In his free time, José enjoys designing, cooking, traveling throughout Italy, and doing nothing at either his parents’ ranch or in Marfa, TX. Upon graduation, he plans on returning home to merge the two halves of his career and continue to shape Houston into a more sustainable city where people enjoy living. José spent his sumer 2012 internship working in New Orleans for Jack and Jake’s, a startup company that acts as a wholesale distributor for local farmers, ranchers, fishers, and dairy producers in south Louisiana and provides local customers access to fresh, local foods that they might not otherwise. José spent much of his summer developing both a business plan and a preliminary design for a retail market that would focus on strictly on locally produced fresh and prepared foods.