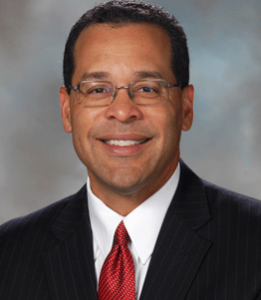 The Erb Institute | Business for Sustainability

John Viera was most recently Global Director, Sustainability & Vehicle Environmental Matters at Ford Motor Company, a position he held since January 2007. Viera was responsible for developing global sustainable business plans and policies, interfacing with global regulatory bodies, reporting externally on the company’s environmental and social performance, and leading the company’s engagement and partnerships with nongovernment organizations (NGOs) and other external stakeholders.

Viera held several positions within Ford Motor Company during his 30-year tenure. For the first 13 years of his career, he worked in the company’s Truck Division, with responsibilities that included leading company efforts in developing its first natural-gas-fueled pickup trucks and also leading the company’s Global Truck Computer Aided Design organization.

In 1997, Viera was appointed manager of Plant Engineering Vehicle Team, Explorer and Mountaineer programs. Located in Louisville, Kentucky, Viera was responsible for all on-site engineering personnel for Explorer plants in Louisville, St. Louis, Missouri and Valencia, Venezuela. He returned to Michigan in 1999 to become the chief engineer for the Ranger Compact Pickup and Electric Ranger. In 2002, Viera took on the company’s mid-term cost reduction initiative, building a team that delivered $1.2 billion of savings in 18 months, beating his assigned target by over a year. In 2003, Viera became chief engineer for the Expedition and Navigator Full Size SUVs, with complete responsibility for current and future model programs.

Viera recently served on the advisory boards at Georgia Tech in Atlanta, the Graham Institute of Environmental Sustainability at the University of Michigan, and Sustainable Brands, and the Energy Advisory Committee at the Museum of Science and Industry in Chicago, as well as the chair of the Department of Homeland Security’s Sustainability and Efficiency Task Force in Washington, D.C.

A native of Chicago, Viera attended the University of Michigan, receiving his bachelor of science in Mechanical Engineering in 1984, as well as an MBA in 1992.