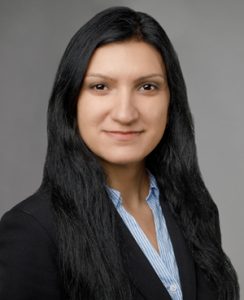 Iuliana Mogosanu is a researcher at Harvard Business School with a focus on innovation and clean tech. She graduated in 2018 with an MBA from The University of Michigan Ross School of Business and an MS from The University of Michigan School of Environment and Sustainability. At The University of Michigan, she was a VP of The Zell Lurie Commercialization Fund and Early-Stage Investor and President of The Ross Energy Club. She received The Dow Distinguished Award with seed funding for developing a concentrated solar power water desalination technology, for which she was featured in the Dividend magazine. She is also working on a smart beta platform to price and index water risk in financial portfolios. Prior to University of Michigan, Iuliana graduated with a BS in Economics, after which she worked for several years in corporate banking on a risk management position on investments with multinational corporations from several  industries and countries. Iuliana left the banking industry and successfully co-founded and grew a startup.