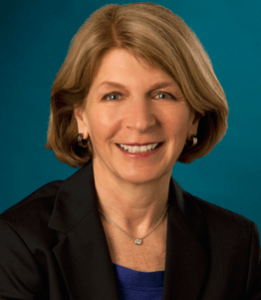 Dede Hapner has retired from the position of Vice President, FERC and ISO Relations, for Pacific Gas and Electric Company. At PG&E, she was responsible for developing, coordinating and managing policy, compliance and cost recovery with the Federal Energy Regulatory Commission (FERC) and the California Independent System Operator.

Hapner holds a bachelor’s degree in political science and a master’s degree in American politics from the University of Michigan. She also has an MBA from the University of San Francisco. She currently serves on the Keystone Policy Center Board of Trustees, a science based, nonpartisan NGO that brings leaders together to solve today’s most difficult public policy issues.