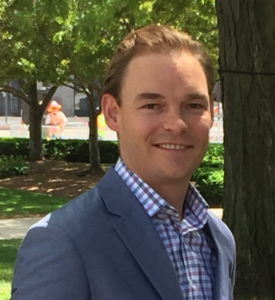 Antonio Lück serves as the Managing Director for Endeavor’s Detroit Office. He serves as a catalyst to long-term economic growth by selecting, mentoring, and accelerating the best high-impact entrepreneurs. In his previous role, as the Director of Business Acceleration, Entrepreneurship, Innovation and Venture Capital at the Michigan Economic Development Corporation, he directed all of the State’s early stage Financial Programs and the Portfolio Management Team in overseeing the state’s investment portfolio of over $100M comprising of for profit, emerging technology companies and research and infrastructure grants.

Prior to the MEDC, Antonio first served Delphi as an Adams Entrepreneur Fellow by managing Business Development and later was hired to perform Intellectual Property Analysis. In April 2007, he played an integral role in the launch of Monarch Antenna Inc., a new technology company spun-out by Delphi, that paved the way for him to be recognized as one of the 2008 “20 in their 20’s” by Crain’s Detroit Business. Antonio is also part of the 2012 class of “30 in Their Thirties” by DBusiness Magazine. Antonio is currently an Advisor to Rebel Nell, Board Member of the Michigan China Innovation Center, a founding board member of Detroit Soup, a mentor to Techstars Mobility, a member of the investment review committee and the valuation committee for Invest Michigan, a member of the Board of Visitors for the Mike Ilitch School of Business at Wayne State University, and a member of the Erb Institute External Advisory Board. On 2015 Antonio received the Emerging Leader Award from Wayne State University.

Antonio Lück was born in Brazil where he is a certified engineer and a licensed lawyer. Antonio served as an advisor to the President of Universidade Tuiuti do Paraná for more than five years where he acquired extensive entrepreneurial work experience and was involved in creating the Entrepreneurship Center and the Intellectual Property Office. He then moved to Detroit in 2006 to pursue his MBA scholarship at Wayne State University.