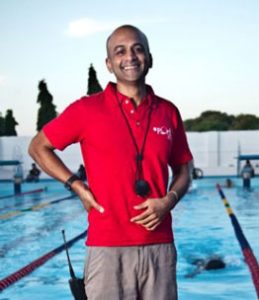 Before moving back to India, Ajay worked with Cummins Power Gen setting up a in-house startup focused on rural electrification in developing countries and leading renewable energy activities. Prior to this, he led the implementation of several strategic initiatives for the company and reported to the president while developing a turnaround strategy for the Company. Before attending the Erb Program, Ajay worked for several years with a UN fund called the ‘Global Environment Facility’ where he originated, developed and managed multi million dollar investments in environment and energy projects around the world. Wanting to get his hands dirty, he moved from New York City to the Brazilian rainforest and then India for several years to set up community owned eco enterprises. Ajay received a BS from Allegheny College in Environmental Studies. Ajay loves photography, motorcycling, travel, and playing soccer, and speaks several languages including Portuguese.