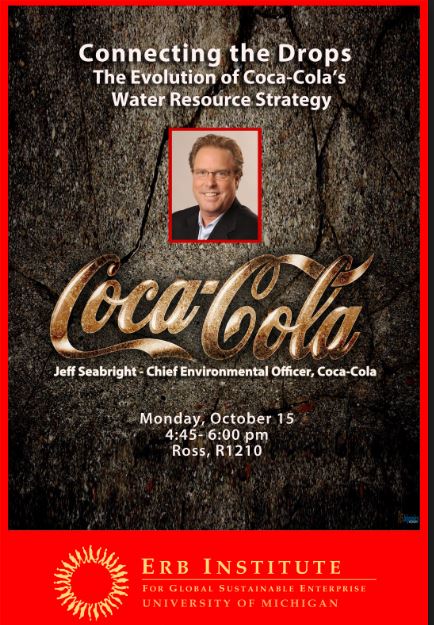 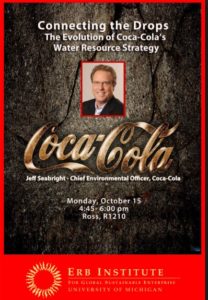 Connecting the Drops: The Evolution of Coca-Cola’s Water Resource Strategy

Jeff Seabright was on the Erb Institute’s Strategic Advisory Council (SAC) and was the Chief Environmental Officer at the Coca-Cola Company, where he is responsible for environmental governance and leadership across global operations of the Coca-Cola system including water stewardship, sustainable packaging, climate protection practices, and sustainable agriculture.  Mr. Seabright has held several positions in government and business, including as Foreign Service Officer in the State Department, legislative assistant in the U.S. Senate, director of environment and energy at the U.S. Agency for International Development, and head of the White House Task Force on Climate Change under President Clinton.