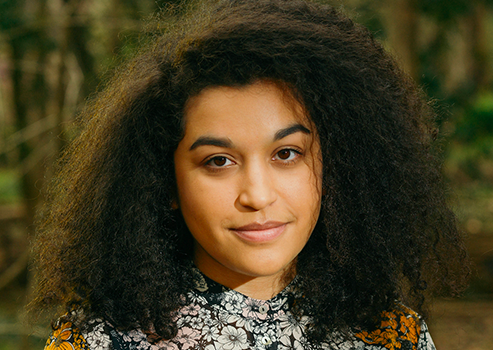 Thursdays at Noon in March and April, bring your lunch and join Environmental Justice Colleagues to consider new directions in scholarship, learning, and practice

Keeping Ourselves: The Role of Land and Corporeality in Environmental Justice Education.”

Her research interests include environmental justice, Indigenous and Afro-descended environmental ethics, settler colonial theory, and decolonization as land/resource rematriation. Murdock comes to this work as a descendant of enslaved Africans and settlers in North America. Her current work explores the devastating impacts of colonization and slavery on both Indigenous and Afro-descended peoples and environments on Turtle Island. She anchors her understanding of settler colonialism, in particular, in the experiences and theorization of Native and Black communities, especially toward securing decolonial futures. She often writes back to mainstream environmental discourse that attempts to “read out” colonization as the context of environmental degradation and destruction, particularly in the settler colonies of the United States and Canada. Her work centers conceptions of land and relating to land found within both Indigenous and African American/Afro-descended environmental philosophies. Murdock has work published in Environmental Values, Global Ethics, Hypatia, Agricultural and Environmental Ethics, and World Philosophies. Murdock’s first book manuscript is a land history of the South Carolina Sea Coast that engages in the diverse and often erased ecological histories, ecological heritages, ethnobotanical knowledges, and complex relations of Indigenous and Afro-descended peoples within the colonial complex of multiple European powers.

School for Environment and Sustainability