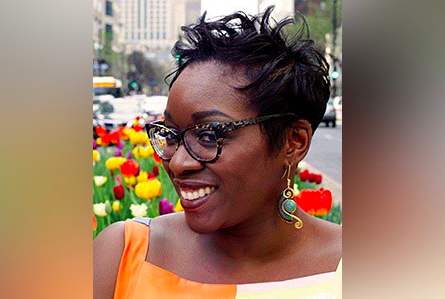 Thursdays at Noon in March and April, bring your lunch and join Environmental Justice Colleagues to consider new directions in scholarship, learning, and practice

Bernadette Atuahene earned her JD from Yale and her MPA from Harvard. After graduating, she served as a judicial clerk at the Constitutional Court of South Africa, and then practiced as an associate at Cleary, Gottlieb, Steen & Hamilton in New York. She is now a law professor at IIT Chicago-Kent College of Law and a Research Professor at the American Bar Foundation and has written extensively about land dispossession. She has worked as a consultant for the World Bank and the South African Land Claims Commission, and she has also directed and produced an award winning short documentary film about one South African family’s struggle to regain their land. She has been honored with the Fulbright Fellowship, Council on Foreign Relation’s International Affairs Fellowship, and Princeton’s Law and Public Affairs Fellowship. Her first book, We Want What’s Ours: Learning from South Africa’s Land Restitution Program (Oxford University Press, 2014), is based on 150 interviews she conducted with South Africans dispossessed of their land by the colonial and apartheid governments and who received some form of compensation post-apartheid. In 2015, she won a National Science Foundation Grant for her new book project about land and housing in Detroit.

“Predatory Cities and Property Tax Reform in the Rust Belt.”