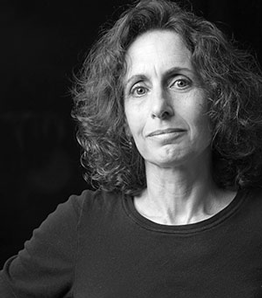 Elizabeth Kolbert has been a staff writer at The New Yorker since 1999. Previously, she worked at the New York Times, where she wrote the Metro Matters column; from 1988 to 1991, she was the paper’s Albany bureau chief, and, from 1992 to 1997, she was a political and media reporter, and also a contributor to the Times Magazine, where she wrote on subjects ranging from the use of focus groups in elections to the New York water supply. Her New Yorker pieces have included political profiles, book reviews, Comment essays, and extensive writing on climate change. Her three-part series on global warming, “The Climate of Man,” won the 2006 National Magazine Award for Public Interest, the 2005 American Association for the Advancement of Science Journalism Award, and the 2006 National Academies Communication Award. She received a Lannan Literary Fellowship in 2006 and a Heinz Award in 2010, and won the 2010 National Magazine Award for Reviews and Criticism. She is the editor of “The Best American Science and Nature Writing 2009” and the author of “The Prophet of Love: And Other Tales of Power and Deceit”; “Field Notes from a Catastrophe,” which is now available in paperback; and “The Sixth Extinction,” for which she won the 2015 Pulitzer Prize for general nonfiction.[/vc_column_text][divider line_type=”No Line”][/vc_column][/vc_row]