Today’s companies, particularly in the U.S., are perceived as having tremendous power, economically, politically, and socially.  Then why are companies struggling to align government affairs efforts with their firm’s overarching Environmental, Social, and Governance (ESG) and sustainability goals? And can it be overcome?

I have come to observe this dynamic in my role as CEO of Future 500, a non-profit consultancy whose mission is to build trust between corporations, advocates, investors, and philanthropists to advance business as a force for good.  Typically, we seek to partner with the world’s bigger companies, particularly those most reputationally challenged as we can have a bigger impact.  Embracing stakeholder capitalism, we help corporate leaders engage external thought leaders on how to transform their business in alignment with evolving stakeholder expectations on material ESG and sustainability issues.  We have seen transformations in understanding and collaboration as companies from consumer brands to petrochemical companies see the larger impacts of their operations and come to support pragmatic solutions that address and align with stakeholder concerns. And lately, we’re seeing the beginning of how similar approaches could help companies navigate the challenges of the current US political system.

Ideally, a healthy political system in which companies participate enables a well-functioning free market that supports long-term business planning and investment. But our increasingly polarizing politics has companies grappling with political and social issues intervening in and disrupting the market

This polarization leads to rising uncertainty that hinders businesses’ ability to commit to long-term planning and investment.  So, to manage this risk, companies invest more to influence political outcomes that benefit them. As companies invest more, we see an arms race in political influencing by companies and situations where government affairs are often compelled to work at cross-purposes to their company’s sustainability goals, such as being passive on climate advocacy in order to win tax concessions.

This tension within companies has always existed to some degree, but it was supercharged following the Supreme Court’s Citizens United ruling in 2010, which at a high level leveraged the concept of a corporation as an ‘artificial person’ to expand companies’ political rights, translating into a rapid increase in corporate engagement in politics.

As corporate influence in politics has grown, we see growing demands by employees, external advocates, and even investors, calling on companies to leverage that power for good. But interestingly, as companies engage more assertively in politics surrounding social and environmental issues, politicians are now pushing back.

In a polarized U.S. political system where the pendulum swings from left to right and back again, companies are discovering that they are engaged in a game of whack-a-mole, and they are the mole, fielding pressure from investors, their employees, external advocacy, and community groups, and now most importantly, politicians and regulators.

First, after pressure from employees, customers, and investors, Disney’s leadership spoke out publicly against proposed legislation in Florida to restrict the discussion of sexual orientation in schools. In response, the Florida Governor and legislature revoked Disney’s special tax status to make an example of the company.

Second, as investors worldwide increasingly adopt ESG criteria in their investment strategies to minimize risk and maximize shareholder return, corporate leaders are responding to their shareholders by adopting ESG goals that can serve as a market-based alternative to government regulation. This can challenge the political establishment so we are seeing some political leaders turning away corporate donations and attacking companies and investors as “woke capitalists,” seeking to discredit and limit the influence of ESG efforts.

Third and most recently, in the run-up to the passage of the climate bill in the U.S., political leaders pressured oil & gas companies to publicly denounce the bill, even when some firms supported aspects of it. The message:  risk losing political support on other issues.

This is creating an untenable arms race for companies as they are compelled to compete in the political marketplace, often in unproductive ways. Companies should play a role in politics; it’s in their business interests to enable a healthy, civil, political marketplace to facilitate a well-functioning, competitive free market.

But today, companies must pay more and more to protect their access to elected officials. Combine that system, which was supercharged by Citizen’s United, with today’s unfettered polarization, and we find that business leaders are wanting to make a shift.

In fact, this is what we are hearing from companies and investors alike: the system needs a reset.  New ground rules are necessary to guide corporate participation in politics to create a more level playing field and support a healthy democracy that invites broad participation of people and companies, not just those with the most money and therefore access.

Thankfully, there are several well-respected non-partisan and trans-partisan groups leaning into this space where companies can engage.  A great start is The University of Michigan’s Erb Institute’s new Principles for Corporate Political Responsibility (CPR), whose acronym, “CPR”, couldn’t be more apt for the mess companies find themselves in.

Two other groups are Civic Health Project, which is dedicated to “reducing toxic partisan polarization and enabling healthier public discourse and decision-making across our citizenry, politics, and media” and Business for America, which is a coalition of civic-minded business leaders and purpose-driven companies taking action to promote government that works for all Americans.

Yes, companies are caught in an arms race. But they do have power, especially in numbers. We need a critical mass of companies, from small to large, to engage in the hard work of resetting the ground rules to ensure a stable regulatory environment and free market that business needs to invest in for the future.  Over time, it will become easier to align government affairs with sustainability goals.  By participating in efforts to bring sanity back to our political system, we will enable a better functioning market that meets the needs of companies and the people and societies they serve, and the planet upon which we depend for resources. 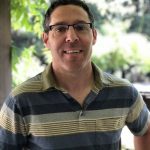