What Role for Business?

These are perilous times for constitutional democracy.

Partisans across the political spectrum accuse each other of being anti-democratic. Research and advocacy non-profit Freedom House reports that democracy is “under siege.” During the past five years, the number of countries moving towards authoritarianism has been substantially higher than the number of countries moving toward democracy. Following the attack on the United States Capitol on January 6, 2021, the Democracy Threat Index indicated a serious threat to democratic survival and a risk of democratic breakdown. According to the Economist Intelligence Unit, the problems faced by American democracy include “extremely low levels of trust in institutions and political parties, deep dysfunction in the functioning of government, increasing threats to freedom of expression, and a degree of societal polarization that makes consensus almost impossible to achieve.”

The crises of today’s democracies present a daunting challenge with multiple underlying causes. Though democracies are historically fragile, today’s threats are particularly complex and deeply rooted. Hyperglobalization and globalization shocks have contributed to the collapse of social cohesion and trust, staggering inequalities of wealth and income and rising political inequality. We have witnessed a complete upending of our news and information ecosystem, changing political rules, and geographic political “segregation.” While some threats to democracy, such as the attacks on the Capitol on Jan 6, receive a lot of attention, many others are subtle, proceed through legal or constitutional means or involve a challenge to the “unwritten democratic norms,” as Levitsky and Ziblatt argue in their book How Democracies Die.

Though citizens themselves play the largest role in determining the fate of democracies across the world, history proves that if businesses collude with autocrats, this can hasten democracies’ decline and collapse. Germany in the 1930s provides a chilling example of what can happen when businesses stand by or support authoritarian forces. Studies show how opportunism among German employers led to indifference over the fate of German democracy and a belief that they could manage the National Socialists. At a secret meeting in Berlin on February 20, 1933, over twenty high priests of German industry made large donations to the Nazi party’s upcoming election campaign – they bet on Hitler. In the very short run, their bets paid off, and firms supporting the Nazi movement experienced unusually high financial returns. But, in so doing, they became complicit in the catastrophe that resulted: the Holocaust, genocide, war, tens of millions of lives lost, one of the darkest chapters in human history. Business leaders have been fallen into similarly unhealthy compromises in support of other authoritarian regimes, from Chile to Hungary to Turkey to Russia. The crucial lesson here is that “Great catastrophes often creep up on us in tiny steps.”

The world has changed in many ways since the 1930s, but current threats to democratic institutions around the world show that democracies face ever-present risks. Indeed, data from the Positive Peace Index, which predicts future human flourishing and also future violence, has been worsening in North America since 2005.

Given the enormous stakes, can businesspeople play a constructive role and help to protect democracy from authoritarian threats?

We think they can, but they need to be able to recognize the indicators. Business’ biggest challenge is distinguishing unwinnable “culture wars” and the rhetoric of outrage from true threats to self-government and constitutional democracy.

Fortunately, Levitsky’s and Ziblatt’s research on the breakdowns of democracy in Europe and Latin America, delineates four warning signs that can help us to identify authoritarians of whatever party or faction:

Similarly, democratic theorist Jan-Werner Müller points out that there are two hard borders of democracy that must be defended: “People cannot have license to undermine the standing of their fellow citizens as free and equal members of the polity, and while everyone is entitled to their own opinions, everyone cannot have their own facts.”

In Europe today, German business people are among the most active in responding to anti-democratic threats. In Saxony, there is even a business association devoted specifically to this cause. In my (Daniel’s) research on German business associations, executives are motivated by both economic concerns and personal values, driven by a sense of historical context. For example, according to a founder and board member of the Saxony association, Sylvia Pfefferkorn,

Democracy is always vulnerable to attack …. We have seen that systems can tip and collapse … I come from the German Democratic Republic. I experienced re-unification. Considering that experience, it frightens me when people on the street yell ‘Lügenpresse’ (lying/mendacious press)… A major concern of mine is that democratic structures can be eroded and dismantled again. That is my motivation, that is why I engage in this.

In the United States, some firms are stepping up to safeguard foundational civic freedoms. Yet most seem relatively complacent about US democratic stability. If they truly recognized the potential for a breakdown, would more firms step forward to ensure democracy’s survival and the possibility of a more democratic future? Can we use the warning signs of authoritarian behavior to recognize when we need to defend the hard borders of democracy?

In the face of current threats, business people need to know where they stand.

At a minimum, they should avoid colluding with, collaborating with, or financially supporting people or political parties that demonstrate the authoritarian indicators outlined above, whatever their party. More generally, they should consider taking a stand for representative democracy. If you are a business owner who is also a respected member of the community, you are positioned to have significant impact. What are your red lines? What democratic values are you willing to stand up for? The rule of law? Peaceful transition of power? The responsibility of those in positions of influence to reinforce trust in legitimately elected officials and the courts who have ruled on allegations of fraud? To safeguard those administering elections from intimidation? The right to equal access to the voting process? As a start, you can apply practices for Corporate Political Responsibility to your own business, being transparent about corporate political activities, aligning political influences with stated commitments to purpose and values, implementing effective governance, refraining from coercive communications with employees and ensuring none of your activities undermine democracy’s larger systems and institutions. Finally, business people can also learn more about the growing field of non-partisan principles-based reform efforts and ensure they are not blocking reforms that reflect widespread constituents’ interests.

We are sailing in dangerous uncharted waters. The task of stemming the authoritarian threats and rebuilding government for the people is more urgent now than at any other time in our lifetimes.  Unfortunately, even if we succeed in halting democracy’s further decline, our actions may not be sufficient to ensure democracy’s survival. To do that, we must turn a new page and jointly commit to reconstructing democratic institutions, norms, and practices, which is a tall order when they are heavily eroded, as is the case in the contemporary United States.

Standing up for democracy may not offer any immediate economic benefits. While many argue that democracy is good for business, the question is far from settled and cooperation with “authoritarian capitalism” is on the rise. In addition, it is unrealistic to expect that meaningful action to save democracy will be costless, given the strength of anti-democratic forces in many countries. For all these reasons, democratic values and respect for self-government must guide our actions. Fortunately, these are values the majority of those in the US share, across the political spectrum.

Daniel Kinderman is an Associate Professor of Political Science & International Relations, and Director of European Studies at the University of Delaware, and author of “German Business Mobilization against Right-Wing Populism.”

Elizabeth Doty is the Director of the Erb Institute’s Corporate Political Responsibility Taskforce at the University of Michigan, and author of “Commitments, Disrupted: Understanding and Addressing ‘Commitment Drift’ in For-profit Enterprises.” 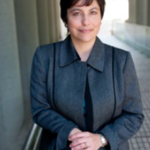