This summer, I interned at 501CTHREE, a nonprofit offshoot of JUST Water. Both the company and the organization were founded by Jaden Smith (yes, Will Smith’s son) and serial entrepreneur Drew Fitzgerald, with the intent of reducing plastic pollution by creating sustainably packaged and ethically sourced water bottles. But Smith and Fitzgerald didn’t want to stop there. Their desire to do good stretched beyond their product, so they teamed up to launch a sister nonprofit called 501CTHREE to expand the reach of their mission.

What does 501CTHREE do? It’s currently a small operation with grand endeavors. I was drawn to the organization because of its WaterBox program. 501CTHREE developed an easy-to-assemble portable water filtration system to deploy to cities across the country dealing with water pollution, specifically targeting areas where disenfranchised populations were severely affected. It started in Flint. And now the organization has deployed 12 WaterBoxes in cities across the country, with plans to expand rapidly over the next year.

My main project this summer as the impact intern under 501CTHREE’s head of operations was to help them scale with intent. Previously, decisions about WaterBox locations had been steered by donor money or news reports of water crises. My boss wanted to operationalize the scaling process by building out requirements for evaluation and expansion. I was intrigued by the opportunity, because I believed it would go a long way in helping the organization answer the question of: Why? Why this city? Why this partner organization? Why these people rather than those?

As a student specializing in behavior, education and communication within SEAS, my sustainability education is driven by the goal of helping people understand why some actions matter more than others, and specifically targeting these messages to the people most able to make a difference in any given space. By helping 501CTHREE develop a scaling plan that prioritized criteria, I believe I was able to help them build a program that they could explain with more intent, and therefore gain more traction and interest.

I used EPA data on water pollution, census data on race and income, and National Resources Defense Council data on water scarcity to map out the cities most in need of WaterBox deployments. After presenting these findings, I saw firsthand how standardizing location scouting influenced the organization’s priorities for deployment.

My time at 501CTHREE also showed me the importance of defining scope and managing resources at small but rapidly scaling organizations, a category that many sustainability shops fall under. There’s the old saying: “Do one thing and do it really well before you try to do another.”

As the organization works to scale and open-source the WaterBox program, it is also launching a pilot nutritional program. 501CTHREE is also interested in Wifi inequalities among homeless communities in the cities where WaterBoxes exist. So the organization is writing white papers and talking to telecom companies that might want to be part of a solution. Much of this is in the works because the founders don’t want to be known as only the WaterBox company.

But if not done carefully, this approach runs the risk of the organization getting to a point where it does many sustainability and equity projects well—but not great. And any organization’s mission might be lost in being generalists rather than experts. This is not to say that dreaming big and saying “why not?” to any proposal isn’t critical in finding the solutions to a more sustainable society. It is. My time at 501CTHREE this summer taught me about many of the considerations that go into making such decisions. 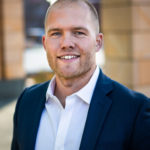