The Risks of ‘Business as Usual’ Corporate Political Contributions

In the wake of the January 6 insurrection at the U.S. Capitol and concerns about a peaceful and democratic transition of power, many businesses are reconsidering their relationships with government – including the effects of corporate political contributions.

A reckoning with corporate political contributions

There is a growing list of companies responding to the situation in various ways; some business are speaking out against lawmakers who tried to overturn the results of the 2020 presidential election by pausing their corporate political contributions, others are shutting down their Political Action Committees (PACs) and some are even asking lawmakers to return donations.

These reactions are indicative of the burgeoning concern about the impact of business dollars and interventions on the integrity of democracy in the U.S. and risks these relationships pose for businesses and people. The corporate world is realizing that representative democracy is good for business and, conversely, that the upending of the democratic process is bad for business.

Microsoft first paused its political contributions in January after it was revealed that the company’s PAC had donated to members of Congress that voted to overturn the results of the 2020 presidential election. The tech giant recently announced that it will permanently suspend donations to any candidates who tried to overturn the election and that it is forming a new initiative called Democracy Forward, which allows stakeholders to contribute funds to groups working to improve public transparency, address campaign finance reform and bolster voting rights.

AT&T, whose PAC contributed more to the 2020 election than any other single company, also announced it would halt funds going to lawmakers that objected to certifying the election results.

The reputational risks of corporate political contributions have been raised on the national stage most recently at the confirmation hearing for Neera Tandem, President Biden’s nominee to lead the Office of Management and Budget (OMB). In the hearing on February 11, Sen. Bernie Sanders, the newly appointed chairman of the Senate Budget Committee, noted his concern about the influence of corporations on politics, asking Tandem if the millions of dollars of corporate contributions received by the think tank she headed, Center for American Progress, would affect her decisions should she be confirmed.

These examples illuminate the ability of corporate political contributions to fan the flames of polarization and distrust, emboldening politicians and media outlets to fixate on that which divides, rather than unites us.

“Companies have been concerned for some time about the costs to all of us when we do not have a well-functioning government. Now, they are starting to take a deeper look at how they have been pressed into funding some of the current dysfunction… and how they can use this moment as an opportunity to change course.” 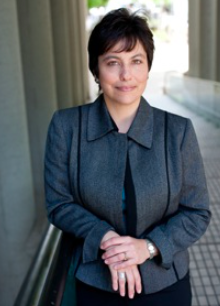 Beyond better known concerns such as reputational risk, the ability to recruit and retain talent, customer purchasing decisions, and access to increasingly ESG-focused investor capital, recent events are highlighting how the current approach to corporate political involvement can lead to less frequent but more catastrophic risks of failed democratic institutions or stalled progress on urgent systemic sustainability issues like climate change and inequality.

Since the rise of the corporate PAC in the 1970s, corporations have become deeply engaged in the U.S. political system. According to the Center for Responsive Politics, corporate PACs contributed $91 million, or 8 percent of all fundraised dollars, to House of Representatives candidates and $27 million, or 3 percent of fundraised dollars, to Senatorial candidates during the last election cycle. While these numbers may seem modest, PAC contributions have increased steadily in past decades, illuminating the necessity of political spending for companies hoping to gain access to effective lobbying.

While traditional corporate PACS are limited to annual contributions of $5,000 towards any single campaign, wealthy executives tend to invest in “Super PACs,” which have unlimited ability to raise and spend funds, and make significant campaign contributions as individuals, increasing and diversifying their political interventions. Though these options are not restricted to rich individuals, those with extreme wealth are able to exert unequal influence through their donations.

A surge in spending is linked to political polarization

In the 2020 election, outside spending amounted to almost $3.3 billion, nearly double the amount spent in 2016 and 56 times what was spent in the 2000 election. The increasing rates of corporate political contributions are considered an ‘arms race’ by business leaders and advocates such as American Promise, a nonprofit seeking to re-authorize limits on political spending by individuals, corporations and unions. The group is one of many that are increasingly concerned about the impact of political spending on the vitality of American democracy and the success of American enterprises as well as workers.

Instead of experiencing the ideals of free enterprise, open exchange, and competition, businesses today are faced with ‘pay-to-play’ barriers to entry and forced to cut political checks in order to be taken seriously. Some describe the expectation that companies must make financial contributions in order to conduct their regular operations as legalized extortion.

While this system of laws and customs operates on the premise that political engagement is good for business, there has been a shift in the attitudes of business leaders and growing recognition of the dangers of these assumptions.

The results of corporate spending on representative democracy are also concerning. Politicians often spend an exorbitant amount of time raising money, tilting the scales in favor of donors over constituents. These threats to democratic representation jeopardize the integrity of the U.S. government, expose it to the influence of foreign players, and undermine public trust.

Bipartisan support is growing for a clear alternative that will help companies get out of the political spending game and return to historical precedents that limited corporate, individual and union political spending rights. Business leaders and the general public alike are in favor of limits on political spending, with hundreds of individuals and companies pledging their support and a bipartisan majority of 81 percent of Americans in favor of a constitutional amendment that would allow Congress and states to set reasonable limits on campaign fundraising and spending.

Beyond legislative changes, business and nonprofit leaders are taking matters into their own hands to redefine what it means to engage in the political system responsibly. The nonprofit Center for Political Accountability supports increased disclosure of corporate political contributions and accountability; to that end, the group has developed a model code of conduct for companies to implement.

Elizabeth Doty, the director of the Corporate Political Responsibility Taskforce at University of Michigan’s Erb Institute, said, “Companies have been concerned for some time about the costs to all of us when we do not have a well-functioning government. Now, they are starting to take a deeper look at how they have been pressed into funding some of the current dysfunction… and how they can use this moment as an opportunity to change course.” The recently formed taskforce aims to help companies align the full range of their political involvements with their commitments to values, purpose, sustainability and stakeholders.

As companies continue to recognize that business has the most to lose if things continue as-is, an approach that incorporates both shifts in policy and reimagined commitments from the business community about corporate political finance will be necessary to pursue a truly representative democracy in the future.

Amelia Ahl is an MBA/MPA candidate at Presidio Graduate School, pursuing a degree in sustainable solutions. She has a background in humanitarian and international development, which fueled her interest in regenerative business models. Amelia’s experience ranges from social business and impact investing to policy and the nonprofit sector. Her research and work is guided by social justice and antiracism. Amelia is a consultant for sustainable businesses and the co-founder of an accountability group for female and non-binary entrepreneurs.