What does sustainability look like in Detroit, a city that is going through changes that some consider a renaissance? The Erb Institute talked with five people who are working to make Detroit more sustainable—in wildly divergent ways, from bees, to dirt, to real estate development, to stormwater. This is Part 5 of 5. 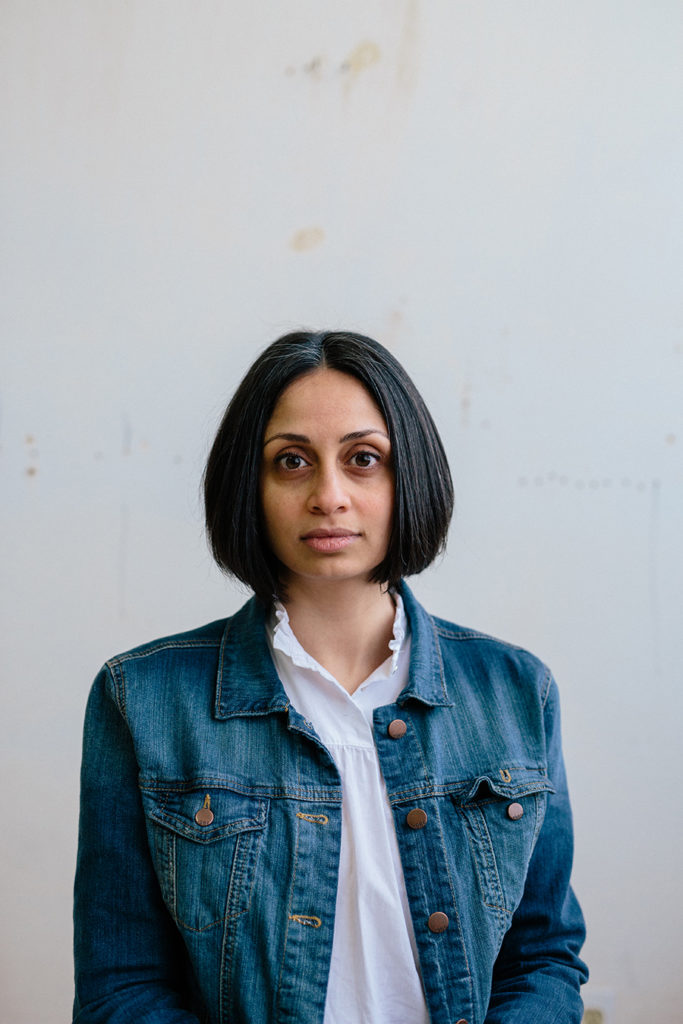 Abir Ali describes herself as a city builder. Her career has included architecture, philanthropy, design and real estate—with specialized positions across disciplines. In real estate, she has worked with the Platform, a development firm that aims to contribute to Detroit’s resurgence. Its projects run the gamut from new construction and adaptive reuse to rehab and historic rehab, across several neighborhoods. It was here that Ali began reexamining the practice of sustainability.

“The acceptance of a project by neighbors and citizens is what ultimately makes a project sustainable,” Ali explained. “The exit strategy is a very real part of the development process. The developer will, at some point, sell.” So Ali, as a steward for design and culture in development, is “very interested in what we leave behind for the city, regardless of how the ownership transition happens.” This means that development “should be planned and designed thoughtfully and confidently up front, so that it matters less whose hands it’s in moving forward. The project—for the next several decades—should blend in and enhance the neighborhood it’s in.”

In some cities, sustainable green thinking is built into development practices, but that’s not yet the case in Detroit. “It’s not quite instilled in our culture of development and construction, but it’s slowly getting there,” Ali said. Many buildings in Detroit, especially around commercial corridors, have suffered from deferred maintenance and neglect, so they require substantial initial investment just to bring them back up to a baseline, she explained.

One example is the Platform’s work to rehab an old bank building in Old Redford, dubbed the Obama Building because of a painting above the entrance by a local artist. It will contain retail and residential units, and the Platform is working with residents, small businesses, community organizations and the city to make sure the building will fit into the neighborhood. They are “looking forward to bringing life back into the building,” Ali said. And, in doing so, they also hope to open-source the project, so that lessons can be shared and replicated elsewhere.

“By making the rehab process transparent, developers can create case studies to open-source, which would make development in Detroit less mysterious and potentially catalyze other projects and developers,” Ali said. “I like to connect the dots as much as possible and build infrastructure on one project that can be used on other projects. Knowledge and smart infrastructure is at the heart of sustainability,” she added.

An example of this infrastructure is the fourth floor of the Fisher Building, a previously dormant space that once served as doctor and dentist offices. “We took a handful of these old offices, rehabbed them into simple studios, and met the market where it was”—inviting emerging art and design practitioners in at accessible lease rates and terms, she explained. The spaces are now 98% occupied. These creative tenants work in a building with a rich history—Ali points out that the Fisher Building is known as Detroit’s “largest art object”—and they diversify the building’s largely office tenant mix.

With these tenants, the group can “tap into that talent pool to be able to do projects on other developments,” from painting murals on buildings to graphic design work, Ali said. “This project created an infrastructure of human talent—a pipeline that can actually feed other projects.”

What does sustainability in Detroit mean to you?

“To me, sustainability is connected to longevity and the way a project will age, because I ultimately believe that no matter what we build and whatever the timeline is around ownership with what’s built, the city is inheriting that piece of architecture for decades to come.”

What does this kind of sustainability require?

“At the moment, sustainability on existing buildings is a 2-step process: One is addressing all the deferred and delayed maintenance common to many buildings in the city and getting them back to a functional baseline. Once we acknowledge that work as standard practice and we’re really good at executing, it’s naturally integrating the development into its neighborhood and making it as smart and thoughtful as possible. I think you have to understand Step 1 to do Step 2. Right now, Step 1 is a very big problem.”