What does sustainability look like in Detroit, a city that is going through changes that some consider a renaissance? The Erb Institute talked with five people who are working to make Detroit more sustainable—in wildly divergent ways, from bees, to dirt, to real estate development, to stormwater. This is Part 3 of 5.
Palencia Mobley, Detroit Water and Sewerage Department 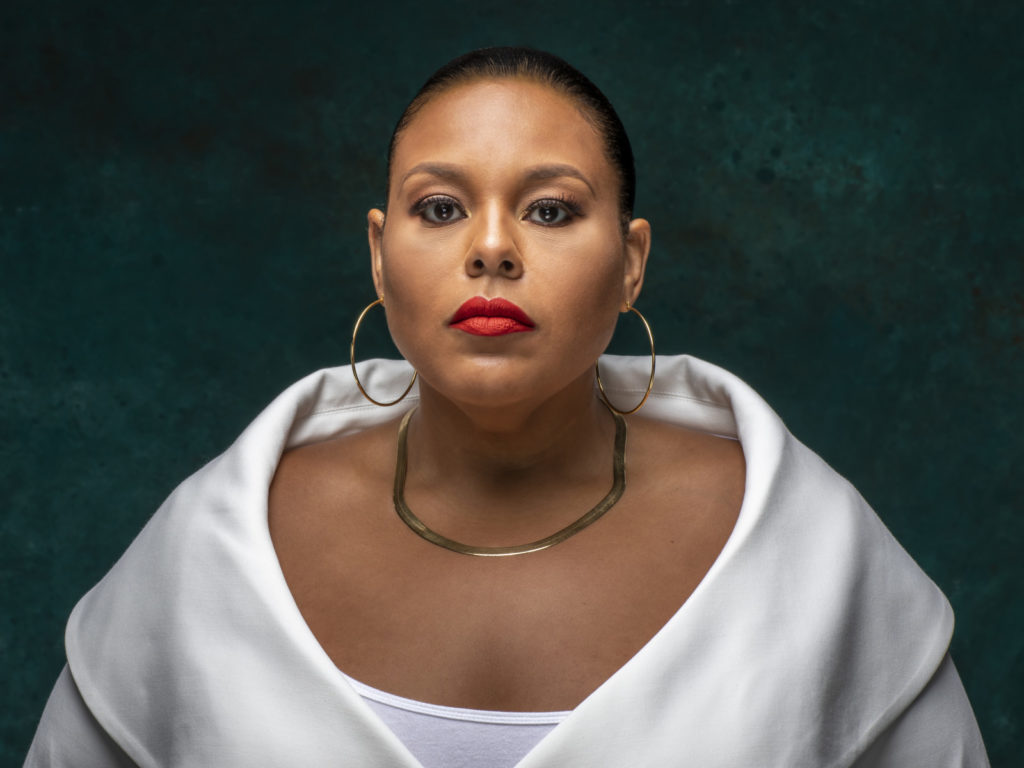 Nobody really knows what the climate will look like in 10 or 20 years, but this year, Detroit has seen excessive rainfall, said Palencia Mobley, deputy director and chief engineer of the Detroit Water and Sewerage Department (DWSD). “This year, we’ve seen river levels that we’ve never ever seen in the City of Detroit. And some people may think it’s temporary—others of us may think it’s the new normal,” she said. “How do you adapt to that?”

One way the city is adapting is through green stormwater infrastructure (GSI) projects, such as planting trees, demolishing and “greening” vacant properties, converting impervious parking areas into pervious ones, and building swales and bioretention practices (also called rain gardens). They manage stormwater runoff by retaining the water on site or, in some cases, slowing it down before it reaches the city’s combined sewer system.

Some municipalities have separate sewer systems, where surface runoff goes directly into a stream or other waterbody without being treated, and only wastewater goes through the treatment system. Combined systems combine surface runoff with wastewater for treatment. Managing heavy rainfall to avoid overtaxing the combined system is a challenge, and GSI projects are intended to mitigate the challenge where appropriate.

“Green infrastructure typically acts in a manner that we call ‘shave the peak.’ It can help us delay the rate at which the system ultimately sees the flows from rainfall runoff,” Mobley said. She explained that with GSI, “instead of the stormwater running right off the road, hitting the catch basin and going directly into the combined sewer system, it runs off the road, goes into an inlet structure that may have formerly been a catch basin, and goes into either a swale or bioretention practice, or an underground subsurface storage tank.” Then whatever isn’t soaked up by the vegetation “ultimately goes into the system, but it’s delayed, so it’s not hitting at the same time everything else is.”

Many of the city’s GSI projects are in the right of way, managing stormwater runoff from roadways by building a bioretention practice or swale. “Stormwater management in Detroit is extremely challenging because Detroit is very flat, so we have to do a lot of upfront site work to try to figure out how to make something work,” Mobley said. Lack of data is another challenge, she said. “There’s really no data on how the catch basins connect to each other and how they ultimately connect to the combined sewer system.” So they may think that runoff follows a certain path based on elevation and grade, “and then you start to dig down and see that this catch basin may not really be connected to the other ones the way that you thought.”

An essential part of sustainability is “trying to preserve what you have in terms of resources,” Mobley said. With Detroit’s combined sewer system, GSI projects help reduce the number of wet weather treatment facilities the city needs to manage combined flows.

What does a more sustainable Detroit look like to you?

“From a perspective of green stormwater infrastructure and overall infrastructure management, what Detroit needs to look at as it relates to sustainability is how to make best use of existing infrastructure, and getting a very good and thorough understanding of all the systems that are in place, and whether or not they can be operated or managed or retrofitted to accommodate changes that may potentially arise due to climate change,” Mobley said.

For example, if the city knew that winters would become unusually cold, it could consider putting water mains down lower to reduce the potential water main breaks, or using different materials to withstand colder temperatures, she said. “Those are the types of things we have to look at to understand how to behave in a way that adapts to climate change and makes us more resilient and sustainable.”