AI and the future of work

Rapidly advancing developments in the field of artificial intelligence (AI), a category of computer science, hold immense promise for helping to solve complex sustainability problems such as climate change. But uncertainties loom about AI’s potential ill effects on the workplace.

AI technology, also known as “machine learning,” harnesses cutting-edge computing techniques that mimic the human brain’s neural architecture to derive patterns from large datasets that otherwise would be beyond the limits of purely human analysis. Understanding such patterns can lead to products that are important for businesses and society; for example, autonomous vehicles will soon whisk us from place to place, and automated chat bots could democratize mental health care.

AI tech, however, is also the leading driver of job automation, an important economic trend in which machines replace humans in professional roles, most frequently in highly repetitive tasks. Indeed, a 2013 University of Oxford study concluded that up to 47 percent of all current U.S. jobs could be automated within the next few decades, and a 2017 report by the McKinsey Global Institute indicated that 400 to 800 million jobs worldwide could be displaced by automation technologies as soon as 2030. AI therefore raises a critical question for the future: In a world in which robots and algorithms increasingly outperform human labor, how do we ensure an economically sustainable future for workers today, and for generations to come?

These tensions between AI’s promise and potential drawbacks were at the fore of the second annual AI and the Future of Work Congress, which I attended with Erb Impact Project support. The conference, hosted by MIT’s Computer Science and Artificial Intelligence Lab, included prominent tech, academic and government leaders, such as Eric Schmidt (former Google CEO), Erik Brynjolfsson (director of the MIT Initiative on the Digital Economy) and Rosalin Acosta (Massachusetts Secretary of Labor and Workforce Development). Speakers participated in enlightening panel and fireside chat sessions discussing issues such as “Inclusive Work: Ensuring Prosperity in the Digital Age” and “Humans Disrupted—Skills, Training and Leadership in the Future Workplace.”

AI-driven automation could be so pervasive, powerful and rapid that the employment market may be unable to provide new jobs to displaced workers as fast as it has in the past.

What was perhaps most fascinating, however, was how complex the problem at hand seems to be, and how varied the proposed solutions were. Commenting on why the current automation trend appears to be so strong, Daron Acemoglu (MIT Professor of Economics and coauthor of the New York Times 2012 best-selling book Why Nations Fail) spoke about how many of the most highly compensated professionals in the workplace today are turning their creative talents to “automate, automate, automate” all available technologies, which tends to adversely affect lower-wage workers. And when asked what they would do if given a “magic wand” to protect the current workforce against automation, speakers proposed making the U.S. tax code more favorable to workers by taxing capital gains at a higher rate; dramatically expanding educational opportunities, particularly alternatives to traditional four-year college degrees; and in the developing world, making social security benefits portable. Secretary Acosta, who delivered the keynote address, declared that in a rapidly automating world, “it is critical that we adapt the culture of lifelong learning,” at both the personal and policy levels. Having worked in the technology sector for the six years between my undergraduate career and joining Erb, I have personally experienced the incredible rate of current technological change, and I absolutely agree with Acosta’s sentiment.

The conference was a powerful acknowledgment that business, academic and government leaders are taking note of how automation and AI technology can have concurrent adverse impacts on equitable employment alongside the widespread benefits promised by such technology. The U.S. and other nations have undergone massive employment shifts in the past in which technology drove workers to transition from one sector to another—notably from agriculture to manufacturing in the first half of the 20th century, and from manufacturing to services in the second half. But substantial consensus seems to have formed across the business community that the ongoing automation trend could be different from those shifts: AI-driven automation could be so pervasive, powerful and rapid that the employment market may be unable to provide new jobs to displaced workers as fast as it has in the past. New problems require new solutions, and it is incumbent on all of us in the business world to be thinking about the question of economic sustainability along with environmental sustainability as we grapple with the rapidly-approaching challenges of AI automation. 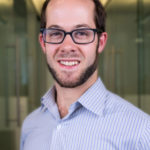