The future of business sustainability—Extending inclusiveness to people with disabilities

People with disabilities constitute the largest minority group, at an estimated one in six people globally, but their needs often are overlooked. Businesses and other organizations that aim to be more inclusive might opt to create an environment where these people’s needs are understood. However, it is often difficult to recognize the best way to make changes. To effectively engage people with disabilities, managers need to understand disability and how their products touch disability, and how businesses can use their position to further promote education and advocacy while also building customer and employee relationships.

What is disability?
Disabilities may fall into several broad categories, including physical, cognitive and emotional. Disabilities affect people of all genders, ethnicities, races, geographical locations and socioeconomic statuses. Disabilities are rarely static, with many people experiencing short- or long-term disabilities over their lifetime.

The definition of disability has evolved. Traditionally, it was viewed in two distinct ways:

The International Classification of Functioning (ICF) bridges the gap between the medical and social models, and it is now widely used as the standard professional and educational model. In the ICF model, the disability is not the health condition but the impairment to functioning. And disability status can change based on the situation: A person using a wheelchair would have a disability when attempting to enter a building with only stairs, but not when entering a building with a ramp. Its goal was to create a universal tool for describing health conditions across cultural and geographic borders. The ICF defines disability through the person’s functioning,  and it involves all positive and neutral interactions between the health condition and the contextual factors of their situation. These interactions are separated into body functions, activity and participation. Disability is caused by the breakdown of functioning in one or more of these areas.

For example, if we look at a common short-term health condition, a broken arm, the personal contextual factors are the person’s demographics (a 15-year-old boy). The environmental factors include his relationships with family and friends, that he plays basketball on the freshman team, and that he is an honors student. The affected body functions are impairments to his grip and thumb mobility. Activities are the limitations due to the impaired body functions. In this case, he has difficulties holding a pencil and dribbling a basketball. Participation, involving situational restrictions at the broadest scope, includes sitting out during the playoffs in basketball, not completing assignments for school, and not riding his bike with his friends.

This definition of disability has been adopted by many therapeutic institutions, including the American Physical Therapy Association and the American Psychological Association, which teach this model for person-to-person applications. ICF looks at individuals as people first and then assesses their functioning. This process avoids patronization and deindividuation, the common pitfalls of the medical and social models. The ICF is important for businesses because understanding disability enables employees and customers to maximize their functioning, leading to higher productivity and promoting long-term, inclusive brand recognition.

Companies that fail to embed the idea of reasonable accommodation within their culture will miss major opportunities for growth. For many years, the cosmetics industry failed to acknowledge the market for non-caucasian skin tones. Some major cosmetic companies still do not produce products for a full range of skin tones. Fenty Beauty was able to take this gap in product offerings and turn inclusivity into significant profits. This same concept could be applied to disabilities.

Nike has authentically embraced inclusion by signing an athlete with cerebral palsy to a professional contract. This move, as part of Nike’s “everyone with a body is an athlete” campaign, builds additional customer loyalty and inclusive brand recognition. Because Nike has already launched FlyEase, a shoe that is stylish yet easy to take off, consumers accept the campaign as authentic.

Inclusive organizations strive to provide reasonable accommodations to all stakeholders, not just employees. Product designers might modify products slightly to make them usable by a broader audience. Target recently launched several lines, including sensory-friendly clothing, as well as children’s and adults’ adaptive clothing lines. Target is not only expanding its market share but also demonstrating its commitment to enabling accessibility.

American Eagle’s lingerie brand realized the value of inclusivity several years ago when it launched the “Aerie Real” campaign, a company promise to use everyday women in non-photoshopped advertisements. This campaign boosted sales significantly, and the company has become a major competitor of  an industry leader, Victoria’s Secret. Aerie took another step toward inclusivity by introducing models with various disabilities. Notably, the brand has a model wearing an insulin pump and a model who is a para-athlete. Because the brand had already positioned itself as inclusive, models with disabilities authentically strengthen the brand image.

Apple enlisted the help of the American Council of the Blind, the Cerebral Palsy Foundation, and the National Association of the Deaf to develop emojis representing various disabilities, including a motorized wheelchair and a service dog. Apple already works closely with many disability organizations to ensure its products can be used by anyone. While they do not encompass all disabilities, Apple has stated that this is a “starting point for greater representation for diversity within the emoji universe.” This move increases representation in an important form of communication for many people.

Gamemakers have also started to approach accessibility barriers with reasonable accommodations. Madden Football, designed by EA sports, was thoughtfully designed to be accessible to people with visual impairments, through the use of vibrating controllers, audible menu options and adjustable contrast. EA games has also hired a Sports Accessibility Lead to ensure products are built with accessibility in mind.

Tips for talking about disabilities:

More tips on talking about disabilities are available from the ADA National Network, and the Department of Labor offers strategies to build inclusive environments.

Kelsey Pace is an Erb Institute dual master’s student. As a sustainability advocate, she wishes to create an inclusive environment. Alex Pace has a degree in Community Health from the University of Illinois in Urbana Champaign and works with people with disabilities, including personal care and advocacy. He hopes to clarify many misconceptions surrounding disabilities. 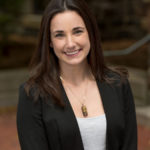 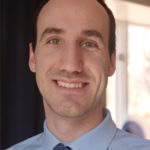