I had the great opportunity to host a roundtable discussion on setting science-based targets at Sustainable Brands’ 2018 New Metrics conference in Philadelphia in October. Science-based targets (SBTs) have received a growing amount of research interest and company attention over the past five years. Currently, 515 companies worldwide are engaged in setting and validating SBTs through the Science Based Targets Initiative—a steep increase from the 14 companies who were engaged in this process four years ago.

SBTs are a form of greenhouse gas (GHG) emission targets that are aligned with the goal of maintaining global warming below 2°C. These targets link organizational-level emissions with global-level thresholds, effectively situating a company’s sustainability impacts within the global context.

SBTs fall under the wider umbrella of context-based approaches to corporate sustainability. These approaches also include the Center for Sustainable Organizations’ Context-Based Sustainability Methodology, the World Wildlife Fund’s 3% Solution and Autodesk’s Corporate Finance Approach to Climate-Stabilizing Targets (C-FACT) Methodology. Proponents of these approaches argue that a company’s sustainability cannot be meaningfully evaluated without an external (non-self-referential) point of reference.

The need for such a context-based approach to corporate sustainability practices was a common theme that ran through many of the New Metrics conference presentations this year.

New Metrics roundtable
The roundtable was an informal discussion with over 30 participants, primarily from companies that were either interested in setting SBTs or were in the early stages of doing so. The discussion was informed by my own research in this area, specifically into how science and context-based targets and the various methodologies behind them—are being taken up.

The roundtable began with a top-level overview of what science-based targets are, and the process in which they are set, and then moved into the participants discussing their own experiences with SBTs—specifically, the motivations behind their interest in setting SBTs and the challenges they face in doing so.

Calculating science-based targets
SBTs are built on the premise that all companies have a responsibility to do their part to limit global warming. Acting on this responsibility involves calculating a SBT that is specific to the company’s own context and its projected growth rate. The first step involves calculating the global carbon “budget,” or the maximum amount of carbon that can be emitted globally without exceeding the 2°C global warming threshold. This budget (and how it is distributed over time) is then projected down to the company level through various allocation mechanisms, based on either a sectoral, absolute or economic-based approach.

The benefits
The participants said their companies were primarily motivated to go through this target-setting process by the belief that:

The challenges
The participants ran into several challenges throughout the target-setting process. These included:

The roundtable allowed the participants to share their experiences with each other, and it also provided a look at how far companies have come in setting SBTs and some of the roadblocks they are dealing with. 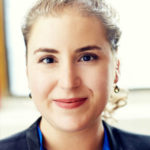