When you realize, it’s not just you. – Shedding light on gender and navigating academia

This journey started one and a half years ago. The Academy of Management (AOM) begins accepting proposals in January of each year, with decisions handed down in March for the August meeting.  While pursuing the tenure track, Sara Soderstrom had begun noticing a pattern of female colleagues encountering roadblocks that just did not seem to appear for most male colleagues on similar paths.  She had the sneaking suspicion that she was not alone in this thinking. For many junior researchers, a lack of upward mobility begins to be internalized as their own fault. It begins to feel normal.  Half-jokingly, she and a friend, Maria Farkas tossed around the idea of a proposal titled: “… And yet she persisted.”

The good news: More professors than ever are pursuing tenure-track positions. That said, the growth of women faculty currently on this track or already tenured in business schools has been frustratingly slow, with the Association to Advance Collegiate Schools of Business finding just “32.3 percent of all Associate Professors and 20.2 percent of all Professors being reported as female in 2015–16.” (Association to Advance Collegiate Schools of Business). Accompanying the statistics is an uncomfortable feeling rippling just under the surface that, while it’s an uphill battle for anyone pursuing a tenure track, that climb is steeper for women. And it is.  So, what exactly is going on? There is research that is starting to verify that women are not cited as often as men, and that when women co-author, they tend to be credited less often.

The notoriously long peer-review process?  That process can be even longer for women than for men.  Last, the holy grail of tenure –a tenured position can take years if it happens at all.  Research has shown that “women are not only disadvantaged in their likelihood of receiving tenure overall, but are less likely to receive tenure in the departments where they began their assistant professor careers. Women also receive tenure in less prestigious departments than men in their fields, on average.”

Soderstrom and Farkas had both experienced this phenomenon in isolation but knew they were on to something bigger.  They wondered: How can we open this conversation to a larger group and, given the state of affairs, what can we do proactively?”  For starters, they reached out to Jane Dutton at Ross about an idea for a panel.  Jane gave sage advice, noting that “there is a risk that an event such as this could leave people not only angry, but hopeless.”  Jane challenged the team to find a way to weave in the stories that would leave people energized, inspired and connected—and would highlight various positive and possible outcomes.

In a moment of serendipity, Soderstrom and Farkas ran into Emily Block, a faculty member at the University of Alberta. Block shared her story of overcoming challenges on her path to tenure and noted how happy she was in a new role. As Soderstrom and Farkas reflected on what type of program may be helpful to women academics, they kept coming back to Block’s story. They decided they wanted to hear the stories of women at various levels: those who had obtained tenure at their original institutions and those who had not and transitioned into equally compelling new roles.  They wanted to find women who were willing to share their real stories and showcase their persistence.  Invitations were sent to a number of vocal and recognizable academics who were either leading centers, pursuing research in this area or simply recognized for their experience navigating this path. They were totally unprepared for every one of them to accept emphatically.

Thank you to the speakers who accepted the opportunity to speak and inspired us all:

Not a STEM issue

STEM (science, technology, engineering and math) has become a common catch-all for issues related to women’s advancement academia. Farkas opined that it isn’t that simple. “Evidence of bias exists across disciplines. This is a gender and academia issue that requires some internal reflection on the part of business schools.”  Soderstrom and Farkas executed a pilot survey to a subset of AOM members that explored topics related to their perceived ability to reach their career goals, including mentorship, networking, confidence and ability. The data showed that, relative to men, women were more likely to experience their workplace as sexist, disrespectful and unjust. Women were also more likely to frequently feel negatively about their ability to meet career goals in academia and were more likely to consider leaving the profession. It’s not just a STEM issue—these issues cut across all dimensions of management academic careers: research, teaching and service. Soderstrom and Farkas have since modified the survey, and the new one will be distributed to a global sample of faculty from the top 100 international business programs to gain global insights.

The team was thrilled with both the response to their survey and their blockbuster panel line-up. In the end, about 120 people said they would attend the symposium. As women (and men!) stood against walls and sat on floors in a room that was supposed to fit 90, the final count exceeded 200.

The link to sustainability

It became apparent that these needs have multiple layers. For example, Soderstrom notes, “the surface was barely scratched on how race or ethnicity plays into these important conversations.  Academics of color have unique, but related, struggles, which are then exacerbated from a gender perspective.”The pilot study did find that women perceive far more bias and unjust behaviors toward colleagues of color than men do.

The basic concept of equity is tied to organizational sustainability. Soderstrom took care to underscore this fact and encourage academic institutions to consider the social dimension. “If organizations are not engaging a diversity of employees nor respecting their talents in an equitable way, they are losing out. Ultimately, the activities carried out by the organization will never be as good as they can be.”  Soderstrom added, “The problems are becoming more complex and affecting us all, and business schools are charged with developing the future leaders who will be tasked with solving these problems. Programs that neglect to include the diversity of voices in faculty and research are missing the better solutions.”

Learning and Next Steps
The team also realized that there is room to carve out a space for allies—to encourage them and to give them the skills and resources needed to support women.  Farkas notes, “There is a real need to recruit and encourage allies. How do you build a welcoming space for the allies that help build opportunities and paths for advancement?  How do you help individuals who simply don’t recognize these barriers and foster awareness?”

Some challenges are universal, but there are surprisingly unique needs at different levels as well:  graduate students who are just starting to teach, junior faculty who are trying to get published, and tenured faculty who want to explore how this privilege can be deployed to support engagement and advocate for change.  Even basic levels of assistance can make a huge difference and be a very visual, public display of support. For example, improved accessibility for women at AOM by providing child care.

Soderstrom and Farkas are striving to publish this research in an academic publication and are fine-tuning the AOM proposal for next year.  Coincidentally, the theme for next year is Understanding the Inclusive Organization.  Women need support and help navigating.  In the coming year, the team is doubling down on a proposed workshop at AOM with multiple tracks to help meet the demand for support across various divisions supported by their research.

Last, the team recognized an under-realized opportunity for discussion.  While attendees were hanging on every word of the panelists, they too have stories, questions and opportunities that need to be both heard and answered. Women in academia need space to connect and learn from each other. 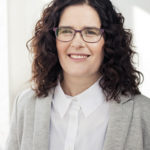