Resolutions that we can sustain

Soon we’ll be celebrating the start of a new year, and with it will come New Year’s resolutions. I’ll challenge myself to resolve to change some habit or way of thinking. How about you? What resolutions will you make for 2019?

On Thursday, January 31st, at Hop Cat in Midtown Detroit, from 5:30 p.m. to 10 p.m., the Southeast Michigan Sustainable Business Forum (SMSBF) will host its first “Sustainable Resolutions Celebration” event. There’ll be food, drinks and plenty of great networking opportunities. But most important, it’ll be an opportunity to connect, discover and learn about the most pressing human challenge of our age: achieving sustainable existence. The Sustainable Resolutions Celebration will be a great opportunity to strengthen your resolution to work toward a sustainable future.

Resolving to change can be a difficult thing. This is—in large part—due to the way we think and see the world around us. If we don’t understand what triggers a current habit (meaning we don’t understand ourselves well enough), the chances of changing our behavior are greatly diminished. However, our chances for change can be significantly improved if we gain insight into the origins of our habits—our ways of thinking. I believe the same holds true for the ways in which our social systems behave.  To change the future, we need insights into the past. This notion was expressed by Winston Churchill in 1948: “Those who fail to learn from history are condemned to repeat it.”

With a great appreciation for history and the Hegelian dialectic, I’ve recently been attracted to the idea that our present globalized system of economics, a system predicated on capitalism, didn’t just appear out of nowhere. Neoliberalism (neo as in “new”), I believe, is the best word to describe today’s economic system. This “new liberalism” is actually a progression and growth from what dominated life in the West during the latter half of the 19th century.

Liberalism, or unbridled capitalism, is what caused Marx so much grief in the 1800s; it also inspired Dickens to write A Christmas Carol, originally published in 1843. Liberalism, therefore, is nothing new. But when Adam Smith wrote Moral Sentiments in 1759, and its companion, Wealth of Nations, in 1776, liberalizing the market and freeing it from the confines of the guild systems and mercantilism was a relatively new idea that held great promise.

History shows, then, that capitalism emerged from what preceded it. In those days, more than 300 years ago, true business leaders resolved to do things differently—to step beyond the confines of the status quo—in a quest for a better world. People just like you and me were taking small steps; they took chances and experimented until a system emerged—one that freed human labor and eventually led to the explosion of consumption that now threatens the future sustainability of our world.

We cannot necessarily fault our predecessors for today’s problems, but we can deal intelligently with the challenges in front of us and do something about them. And that something is resolving to undertake the journey toward a triple-bottom-line economy—one that values people, planet and profit.  I hope you will resolve to further your journey toward a sustainable future. Join together with other like-minded individuals and share new ideas at the SMSBF Sustainable Resolutions Celebration.

Click here to learn more about the SMSBF, sign up for our newsletters and keep up to date on future events. 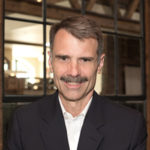