In the wake of Hurricanes Irma and Maria in the fall of 2017, more than 3 million Americans were left without power across Puerto Rico. It took nearly 11 months for the local utility to restore power in some cases. During the hurricanes’ immediate aftermath, numerous life-saving services were lost due to the lack of power, such as emergency services, freshwater pumping plants, refrigeration, and wastewater treatment plants. According to the government of Puerto Rico, Hurricane Maria caused 2,975 deaths.

As various government agencies did their best to rebuild, many looked to microgrids—electrical systems with numerous loads, generation assets, and the ability to “island” from the main grid—to increase community resilience to future grid outages. Microgrids’ ability to connect and disconnect from the grid provides resilience by allowing independent, localized operations.

Resilience has recently become a hot topic in the energy sector, as climate change has increased the number and size of grid disturbances. The historical solution to increase resilience has been diesel generators, but experience has shown that they are unreliable, and diesel supply chains often are disrupted after natural disasters as well. Microgrids that incorporate solar photovoltaic (PV) and battery storage, on the other hand, are increasingly popular in Puerto Rico, where solar insolation levels are high and the systems are perceived to be a superior product for providing resilience when it is needed most.

Given the widespread devastation on the islands, these foundations sought to maximize the number of microgrids developed. One phase of my project involved analyzing nontraditional financing mechanisms that foundations and donors can use to increase their impact. Traditionally, philanthropy has taken the form of direct grants. While grants can create a limited number of demonstration or proof-of-concept projects, they often fail to spur continued private investment. The two primary alternatives to grants are:

The donor takes on the underwriting process and management of a portfolio of microgrid loans. This increases the impact of donated funds by using loan proceeds to issue more loans. It allows for a recycling of capital over time.

An LLR encourages banks to originate microgrid loans by providing a safety net of funds from which banks can draw in case of individual loan defaults. Once familiar with the technical and economic risks of microgrid projects, the banks can make loans independently. By engaging the private sector, philanthropic donors can indirectly scale their impact by 10 to 20 times.

RMI had not yet chosen between these alternatives when my internship ended, but given the immediacy of the need in Puerto Rico, low- to no-interest loans may be favored in the short term. As RMI and the foundations better understand the economics of these microgrid systems, they will be better able to engage with banks and explore LLRs.

Puerto Rico’s electrical system is poised for a radical transformation. Its government recently announced plans to go 100 percent renewable by 2050, quite a change from where it stands now, with less than 3 percent of its energy coming from renewable sources. To better protect against future storms and natural disasters, renewable energy microgrids are emerging as a low-carbon solution to increase community resilience.

Creating this industry and proving the economics of microgrid business models will take time and money. Endeavoring philanthropic donors can spur the development of renewable energy microgrids in various ways. Their organizational expertise and risk tolerance will determine what financing mechanisms best suit their objectives. While necessary and helpful, philanthropic efforts alone will not be enough. Puerto Rico needs continued support as it seeks to comprehensively reform its energy sector in upcoming years. Solar PV and storage microgrids are one promising approach to this challenge, and they are helping to create a brighter future for Puerto Rico. 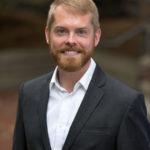