Established industries have economic and political power that emerging industries lack. As the researchers put it, “Nascent industries, and the firms that populate them, are vulnerable. Lacking cognitive acceptance from stakeholders, and sometimes founded in direct opposition to entrenched industries, they struggle to establish and maintain a presence. Favorable regulatory environments can help them to take root, but little is known about how such environments come into effect.” The research was published in “Shine on Me: Industry Coherence and Policy Support for Emerging Industries,” by Panayiotis (Panikos) Georgallis, Glen Dowell and Rodolphe Durand, in Administrative Science Quarterly.They looked at the solar photovoltaics (PV) industry in Europe and found that government support is strongly dependent on three factors:

• the number of solar PV producers in each country,
• how coherent the industry is, and
• how concentrated the incumbent industry is.

Their results “shed new light on the relationship between public policy and the emergence of an industry category, and they extend our understanding of how new industries can attain valuable state support while operating in seemingly hostile environments,” the researchers wrote.

The researchers studied the solar PV industry from 1987 (the year after the Chernobyl accident) to 2012 (when the industry began to show signs of maturity) for the 28 countries currently in the European Union. During that period, the European solar PV industry grew at astonishing rates, as it was backed by feed-in tariff policies—policies that support renewable electricity by providing long-term contracts, so that the government guarantees the purchase of this electricity that is fed into the grid at a certain price (or tariff).

Feed-in tariff policies were the primary way in which European countries supported the solar PV industry, with the aim of reducing the cost gap between clean and conventional energy, the researchers explained. In addition to evaluating density, coherence (see below) and the concentration of the rival industries, the interplay amongst these factors was also considered.

Feed-in tariffs were more likely in countries that contain more solar PV producers and where the industry was more coherent.

Density. The researchers found that government support is more likely when more producers are operating in the jurisdiction. Their findings suggest that each additional solar photovoltaic cell producer increases the likelihood of a feed-in tariff by 11 percent on average.

Coherence. An industry is less coherent if it includes producers from contrasting industries, such as oil companies entering the solar PV industry, because the emerging industry is perceived as inconsistent with their core business. The study found that government support is more likely with a more coherent industry.

Concentration of the rival sector. The relationship between emerging industry density and likelihood of government support is stronger if the rival sector is more concentrated. When the incumbent sector is highly concentrated, an emerging industry is not considered a significant threat. For example, “in the early 1990s when the German government pioneered feed-in tariffs for solar PV, it faced limited political opposition; the incumbent energy sector was highly concentrated, with the coal industry taking a very high share of the market, and thus had little to fear from the emergent PV industry,” the researchers wrote. “The government could assist or ‘protect’ PV without jeopardizing the fate of the dominant industry.”

By contrast, “in countries like the UK, where large shares of the market are served by coal, nuclear energy, and natural gas but none of them dominates, there is no salient enemy that will help push the idea of the solar PV industry forward.

Density, coherence and concentration. When the rival sector is highly concentrated, the emerging industry’s density matters more if the industry is coherent. “For high levels of rival sector concentration, density increases the probability of [feed-in tariffs] more when the industry is coherent (by about 52 percent) than when it is incoherent (by about 10 percent),” the researchers wrote.

So an emerging industry benefits from being both dense and coherent. The results suggest that governments are more likely to use tariff policies to support the industry “when more solar producers are already operating in the focal country but less likely when the members of this industry category come from industries with contrasting identities, as such organizations reduce the industry’s coherence,” the researchers explained. Interestingly, the structure of the entrenched industries can have a moderating effect. “A concentrated rival sector enhances the new industry’s chances to receive policy support, but only when the industry is coherent.”

The study contributes to existing research on regulation and industry emergence, as well as research on categories. The implications go beyond the solar PV industry and “contribute to a more holistic understanding of how industry categories come to be accepted and supported,” the researchers wrote. While industry growth is often attributed to government support, the emergence of a coherent industry can itself be a trigger of government support in the first place. 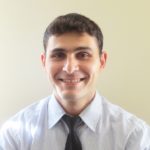