“If she had been male, none of this outrage would be happening” was a popular sentiment about the furor that raged in the media following the comedian Michelle Wolf’s recent performance at the White House Correspondents’ Dinner. How true is the sentiment? Had the same biting jokes been delivered by a male comedian, would they have been perceived as less threatening or vulgar? In business, do we—women included—somehow judge miscalculations, errors in decision-making, ethical transgressions and the like more harshly when the culprit is a woman? The question is important, because we all make mistakes at work. Our performance is a sequence of successes and failures, and the sum total, as judged by our peers, bosses and clients, determines our career progress. If women’s failings are judged more harshly than men’s comparable failings, is it surprising that women may be less likely to succeed than their equally performing male colleagues? If unequal judgment of equal failings is a real and common tendency in all of us, how do we correct it?

The underrepresentation of women in positions of power

Women are conspicuously underrepresented (and underpaid) in the upper echelons of entertainment, politics, business and academia. Women represent about half of the adult population and over half of college graduates in the U.S. Yet of the 500 largest U.S. corporations, only 25 have women CEOs, despite the fact that women hold over half of managerial and professional occupations in the U.S. Women-founded businesses represent about 40 percent of all privately held companies in the U.S., but female founders receive a paltry 2 percent of venture capital financing. While women represent over half of tenure-track professors at U.S. universities, they account for less than a third of tenured professors. What is holding women back from moving up? According to a poll conducted by the Pew Research Center, most Americans believe this is because women are held to higher standards than men, with women twice as likely to hold this belief as men. In other words, people—women more so than men—believe that women have to do more to prove themselves than men do.

Is subconscious bias in performance reviews to blame?

Research by behavioral scientists over the past decades has unearthed valuable insights about how human cognition subconsciously produces biases in our judgments of performance. Through better understanding behavioral research insights, we, in our roles as colleagues and managers, can learn to reduce bias in our judgment and provide better feedback. For businesses, developing performance review systems that eliminate subconscious biases may be a significant step toward reducing gender inequality in pay and promotion. Considering the commonly held belief—especially by women—that performance appraisals often are unfair toward women, learning to bias-proof managerial and organizational appraisal systems also may protect businesses from accusations or suspicions of gender-based discrimination. So what does the research say?

Whenever we are asked to evaluate a colleague’s or a subordinate’s performance, we must judge a sum total of his or her multiple separate instances of successes and failures. This means that we must first, in our interactions with colleagues and subordinates, observe and attend to their performance-relevant information. Attention requires effort, and, sensibly enough, we know to use it sparingly and wisely. For the most part, our attention is in effort-saving automatic mode, selectively registering and ignoring information. Research has shown that preexisting beliefs function as one such perceptual filter, directing attention toward belief-consistent information and away from belief-inconsistent information. For example, people tend to believe that men are more strongly associated with so-called “agentic” traits such as analytical, decisive and competitive, whereas women are more strongly associated with “communal” traits such as courteous, helpful and sentimental. Thus, we may notice more and register more female colleagues’ and subordinates’ courteousness, helpfulness and sentimentality and, analogously, notice and register more readily male colleagues’ and subordinates’ analytical prowess, decisiveness and competitiveness. Incidentally, “agentic” traits are the ones more strongly associated with leaders in business and politics. If men’s such traits are noted more, then men may be more likely to be recognized and promoted for them.

When we notice performance-relevant information, we must draw inferences from the observed information and store them in memory. Interpreting and storing new information also takes effort, particularly when this information is ambiguous, because making sense of new information involves resolving its place within the existing informational network in our minds. As such, preexisting beliefs can shape the manner in which new information is encoded. Identical behavior of men and women may be interpreted differently. For instance, the same driven work demeanor may be encoded as “competitive” when exhibited by a man, but as “selfish” when exhibited by a woman. An article in Fortune reported anecdotal but convincing evidence of successful women in technology receiving criticisms for being “abrasive” and “emotional,” while successful men’s critical evaluations contained virtually no such personality-based criticisms.

Similarly, causal attributions can lead to selective storage in favor of preexisting beliefs, by discounting behaviors that cannot effortlessly be attributed to the person’s believed stable dispositional traits. For example, an equally competent behavior by a man and a woman can be judged differently. If it is in a domain typically associated with men, the man’s behavior may be judged as evidence of his competence in that domain, while the woman’s behavior may be attributed to some external factor such as luck. Also, an equally incompetent behavior in the domain typically associated with men may be judged as a fluke or an accident when committed by a man, and, when committed by a woman, as evidence of her incompetence in that domain. To make matters worse, at the final step of the appraisal process, when we aggregate into a summary judgment our selectively observed, selectively interpreted and selectively stored information about a colleague’s or subordinate’s performance, we tend to be susceptible to further biases. For instance, research has found that in forming aggregate evaluations, people tend to give more weight to negative attributes than to positive attributes. Moreover, how we weight and combine attributes can vary depending on whom we are evaluating.

The bad news and the good

Evaluating our colleagues’ and subordinates’ performance requires us to perform a series of information-processing tasks. Unlike machines, however, human capacity for information processing is bounded, and as a way to efficiently use our limited capacity for attention, storage, retrieval and aggregating computation, human cognitive machinery has learned to rely on simplifying heuristics (subconscious rules of thumb) that allow us to perform these tasks with as little effort as possible. Because heuristic processes are—by design—unsystematic, they can make our judgments susceptible to biases. The more ambiguous the performance criteria that we are asked to evaluate, the more vulnerable our evaluations become to the biases produced by our cognitive machinery. The bad news is that the ambiguous criteria, such as flexibility, initiative, communication and interpersonal competence, often are the attributes most evaluations seek to measure.

The good news is that being aware of our subconscious biases and, more important, understanding how they may arise can help us minimize their influence in providing feedback about performance. Counterfactual thinking is a notoriously difficult thing to do, but eliminating a potential bias from our judgment may be worth the effort. So next time, when you might be evaluating a colleague’s performance, try to imagine the same behavior being exhibited by a different colleague. Would you make the same evaluation? If not, then it can be helpful to take the time (at least sometimes) to introspectively examine why. 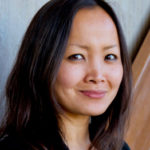