How Driscoll’s Is Creating Shared Value in Berry Supply Chains

The buyer-supplier relationship is changing in more ways than you might imagine. Consumers and retailers are increasingly demanding that suppliers demonstrate their sustainability: How are buyers and suppliers collectively adapting to changes in the market, as well as labor and environmental pressures?

My conversation with Kelley Bell, VP of social and environmental impact at Driscoll’s, provided insight into how large food brands are approaching these challenges and what the conversation is like among leading businesses as they work to create shared value with and for their suppliers.

After traversing the history of Driscoll’s, a privately owned company with a familial vibe and one of the country’s largest purveyors of berries, Bell and I discussed some of the key ways relationships with their hundreds of independent berry growers are changing. Keep in mind that Driscoll’s business model is to buy from independent producers who grow the company’s patented varieties of berries. Most of the profits (on average 85 percent) go to the producers.

Driscoll’s largely manages research and development of the best berry varieties, sales to retailers, marketing and distribution. They also play an additional dynamic, supporting role for their growers. The company sees itself as a steward to help producers stay profitable, keep up with changing markets and focus on what they do best — growing the best berries on the market. Here are some of the ways Driscoll’s is evolving its supplier relationships.

Bell says leading companies have realized they are not operating in a vacuum and are starting to see their businesses as part of a broader context. Recognizing that Driscoll’s is part of an interconnected system in each of its production communities has spurred greater interest in collaboration with the aim of having a positive impact through its presence in communities, particularly on social and environmental issues. Driscoll’s has always maintained a closely aligned and collaborative relationship with its suppliers, so the company is conscious of its responsibility to represent producers’ needs and perspectives while at the table with retailers and other industry players.

The market pressures in agriculture are significant — producers are busy, and agriculture is a risky business, especially with the increasing challenges posed by social and environmental concerns in the communities where they operate. Driscoll’s sees these challenges as an opportunity to initiate a stronger supplier relationship through a focus on issues that matter to them, their families and their workers, such as healthcare, child care and other social services that affect the stability of their communities. Without adequate social services and strong local infrastructure, Driscoll’s doesn’t foresee viability for its growers, which then becomes an issue for its business.

Other essential concerns relate to natural resources: Water availability in California and other key growing areas across the globe is a big challenge. Bell says that unless they protect water resources in their growing communities, they will not only lack water to grow berries in times of scarcity, but local communities could struggle with water access, too.

Driscoll’s is also adapting its agricultural innovation in order to support a shift to more sustainable and harvest-friendly farming practices. Although most berries are still field-grown, Driscoll’s is supporting the trend it sees among growers to adopt substrate and table-top berry production — which can be both easier on the environment and less physically strenuous for harvesters — as a way to attract labor and improve their impact.

Bell says an inspiring part of her job is leveraging relationships with growers and local leadership within Driscoll’s communities to address those local needs that affect the business and the community. Scaling success often is a challenge for companies buying from agricultural businesses, because the climate, political and infrastructure concerns and market pressures are different even within different parts of the same country. By engaging local leaders on their concerns and needs to sustain their business, Driscoll’s finds itself better able to support its suppliers and dependably create shared value across the globe.

This article was originally shared on the Sustainable Brands website on June 5, 2018. 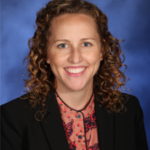