A right to water – Is water a human right or a commodity?

Is water a human right or a commodity? It’s treated like both.

As water scarcity becomes more pressing, both public and private entities have had to examine their stances on how water resources should be controlled. These issues frequently arise in the developing world, where water resources and sanitation often are inadequate—but are now arising increasingly in U.S. cities, when drinking water gets contaminated or residents can’t pay their water bills.

Residents of Flint, Michigan, have been unable to drink their tap water since the city’s contamination crisis made headlines four years ago. On April 6, state authorities announced that the city’s water is safe to drink, but residents and advocates are concerned that their tap water remains unsafe because some tainted pipes still need to be replaced.

Flint’s mismanaged water system left residents with dangerously high lead levels in their bodies and various health problems—which they argue violated the Safe Drinking Water Act and their right to bodily integrity. Flint third-graders’ reading proficiency was reported to have dropped from 41.8 percent in 2013 (when lead poisoning began) to 10.7 percent last year, and some blame the lead poisoning.

In 2014, tens of thousands of Detroit households had their water shut off after failing to pay their bills. One Detroit mother of five said to United Nations representatives: “How can you deny a person the right to use a toilet?” After her water was shut off, she was evicted and had to move her family to a bus shelter. A 2017 study by the Henry Ford Global Health Initiative found that residents living on a street with shutoffs were 1.55 times more likely to be diagnosed with a waterborne illness.

When people lack access to clean water and sanitation, the implications can be profound.

In 2010, the UN General Assembly adopted a resolution affirming the human right to clean drinking water and sanitation. The motion passed with 122 nations voting in favor and no votes against, but 44 nations abstained. Those that abstained—including the United States—suggested that a right to water was unclear, unnecessary or premature, given existing rights and other ongoing negotiations. The countries supporting the resolution argued that water was essential for life and noted that large portions of the population lack access to clean drinking water and adequate sanitation.
In 2002, the UN Committee on Economic, Social and Cultural Rights had adopted Comment 15, which stated: “The human right to water is indispensable for leading a life in human dignity. It is a prerequisite for the realization of other human rights.” The 2010 declaration reaffirmed this right and made it explicit, and it was subsequently approved by consensus at the UN Human Rights Council, of which the U.S. was a member, in motions in 2010 and 2011, making it legally binding in international law.

The UN also has determined that water and sanitation must be sufficient, safe, acceptable, accessible and affordable, defining “affordable” as not more than three percent of a household’s income.

Traditionally, most of the Western world’s water bodies and water systems have been publicly owned, although private landowners have had limited rights to use water sources on their property. However, as scarcity concerns have grown, industries have expanded around water, ranging from desalination to dam construction to bottled water. Efforts to privatize and sell water resources have grown.

The 1992 Dublin Principles  declared water an “economic good” for the first time and stated that trading water as a commodity is the most efficient means of managing scarce water resources. Although numerous global governments and organizations and several transnational corporations support this view, others disagree. Some governments and nonprofits have created a global “water justice movement” to try to maintain the traditional model of public ownership and delivery of water.

Disputes over privatizing public water systems have arisen around the globe, including the clashes in Cochabamba and La Paz, Bolivia—after the water corporations Suez and Bechtel succeeded in lobbying for privatization in 1999, and the companies were later ousted. Many communities around the world have also pushed to “re-municipalize” water systems—to shift control from corporate back to public entities.

Several corporations have found themselves at the heart of this debate, including Veolia Water and Suez Environnement, the world’s largest water-services companies. They are responsible for many municipal water privatizations—and they are the subject of much activist criticism.

A stake in water

Beyond water-services companies, many corporations that use significant quantities of water have also found themselves at the crux of conflicts over how water should be managed. For example, Coca-Cola has faced protests and boycotts over its water withdrawals in India; critics say the company has exacerbated drought-related problems. One of the ways the company has responded is by working with local nonprofits to help build “check dams” that allow water from monsoon season to be stored for later use.

Nestlé has clashed with environmental and community advocates in the United States and Canada over the water it withdraws for its bottled water. Issues include the price Nestlé pays for water extraction and whether the company’s withdrawals deplete the water table and harm the local environment. On April 2, the Michigan Department of Environmental Quality approved the company’s permit to increase the amount of water it withdraws from the groundwater table from 250 to 400 gallons per minute, for which it reportedly pays a $200 annual fee. The permit drew public ire, and its approval came four days before the announcement that Flint’s water is safe and the city’s free bottled water distribution would cease.

Nestlé is not directly connected to Flint’s problems, but critics point out that it is paying next to nothing to bottle and sell water—and has been depleting local wetlands—while Flint residents about 120 miles away were still being charged for water they couldn’t drink. The company issued a fact sheet that addresses some of these concerns and points out that Nestlé has been donating water to Flint residents. Similar issues are at stake in California, where Nestlé pumps water out of the San Bernardino National Forest for its Arrowhead Mountain Spring Water.

Nestlé maintains that it is committed to being a leader in water stewardship. It is a founding member of the Alliance for Water Stewardship and states that it “will continue to certify our facilities to the AWS Standard and seek to inspire others to adopt the standard to help advance the principles and practices of water stewardship and responsible water resource management.”
Growth in water-intensive energy technologies also is reinvigorating these commons versus commodity debates in the United States and Canada. On a global scale, nonprofits and the media are noting growing attempts to gain private rights to water that was previously in the public commons, through extensive land purchases in South America, Africa, Asia and elsewhere. Land purchases are really about purchasing the water that goes with it—or a “great water grab,” as Peter Brabeck-Letmathe, then Nestlé’s chairman, put it. Banks and investors, from JPMorgan to Deutsche Bank, have also been increasing their water investments.

The World Economic Forum has declared the growing global “water crisis” a leading risk to the global economy. Lack of clean water and sanitation creates problems that span around the world, from urban households to rural agricultural production. Many disparate stakeholders have an interest in addressing this crisis. And businesses—from companies that bottle water and sell it, to water services providers, to industries that use water to produce their goods—have an important stake in how water resources are used and protected for future generations. 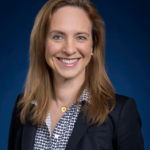