For many people, the combination of activists and industry brings to mind images of protestors chanting while marching with signs and banners in front of a company’s store, headquarters or production facility. For others, it suggests the maneuverings of shareholder activists—equity stakeholders using their investments to pressure a company’s management into some form of policy change.

What it might not evoke is visions of support, cooperation or collaboration.

Despite the classic story of activists being at odds with corporations, the success of many of today’s modern industries and markets was predicated on these political and social change agents’ efforts. For example, in parts of the U.S., early support for wind energy came from environmental activists, who laid much of the groundwork to develop the regulatory structures and social acceptance needed to support renewable energy proliferation. The first voter-approved renewable portfolio standard (RPS)—which mandates a specified percentage of electricity production from renewable sources—passed in 2004 in Colorado, largely due to the efforts of environmental activist organizations and renewable energy enthusiasts. That law, Amendment 37, was instrumental in creating a market for wind energy in the state.More recently, environmental groups have thrown their support behind electric vehicles. In 2013, the Sierra Club launched a national campaign aimed at educating consumers and encouraging electric vehicle purchases.

On a local level in Detroit, the efforts of the Detroit Black Community Food Security Network (DBCFSN), along with other local community groups, have laid the groundwork for a growing market for sustainable, just and locally sourced food products in the city.
Strong values usually are the driving force behind this activism. When groups choose to back a new product or service, it is generally because they view it as alleviating a social and/or environmental problem. In the aforementioned cases, renewable energy offered a more environmentally sustainable alternative to fossil-fuel-based electricity production. Electric vehicles were the answer to pollution concerns tied to traditional combustion engine automobiles. And local, good food served as a more environmentally and socially just alternative to traditional agriculture and mass food production.

Because activists like these build the social support necessary for their championed products and services to flourish, their values are often embedded in the industries that emerge around them. Early entrants embed these values into who they are and what they do. These emergent industries often enjoy a “halo effect” whereby companies are perceived to share the same values as the activists, but later entrants to the industry may not fully enact these values.

For many established companies and aspiring entrepreneurs, activist-supported industries and markets offer attractive investment opportunities. They often come with a passionate, engaged and vocal community of support, which can be both time-consuming and costly to develop organically.

Activists and industries can support each other in meaningful ways, but they need to evaluate each other’s goals and values. The best opportunities for cooperation will be found where interests genuinely intersect. 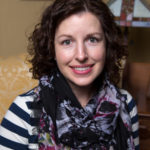