The University of Michigan, as a Research and Independent Non-Governmental Research Organization (RINGO), sent a delegation to COP23. The team included 12 graduate students from across the university, including van der Schaft, who is studying sustainable systems, behavior and economics at the School for Environment and Sustainability. He recently talked with the institute about his experience in Bonn. This is the first of two installments.

What was it like to be at the conference as an American, after the U.S. government announced it would withdraw from the Paris Agreement?

I certainly got a lot of puzzled expressions from the international community: “Why would an American attend COP23?” I enjoyed clarifying our politics and why it only appears that we changed on carbon policy—local and individual determinations remain unchanged.

Have you ever wondered what it’s like to attend a UN climate conference? Erb Institute student Pierre van der Schaft traveled to Bonn, Germany, to attend the UN Climate Change Conference (COP23) in November.

Although President Trump announced the intention to withdraw from the Paris climate accord, technically, we haven’t left it yet. In fact, we have to wait a couple more years to officially leave—and I hope we don’t. There are some benefits to leaving but many better benefits to staying.

Especially as an American at COP23, I benefited from hearing a lot more world perspectives because of this uncertainty. Undoubtedly, in the United States there is a discussion regarding how the U.S. participates in future international climate policy.

Still, Americans showed up to COP23 in force. American businesses were a giant element.

Why do you think that is?

Good businesses understand and listen to the customers they serve. They must provide the best solutions to correct customer problems at the lowest possible cost. If they don’t, they are replaced by a competitor that listens and acts more suitably. Now that enough customers want climate-friendly products and are willing to pay extra, businesses naturally trend toward carbon-minimizing solutions.

COP23 companies are sustainability-minded; it’s also within their own self-interest. They see advantages in getting ahead of the curve to reduce future resource risks and be prepared for spontaneous regulatory changes. One example of this might be improved verification that suppliers outside of their direct control are respectful of human rights. Another is that, by being more efficient, the company is reducing waste, thereby reducing operational costs.

You spent some time in the U.S. Climate Action Center “We Are Still In” area. What was that like?

There were two main campuses in Bonn. There was the official delegation area, called the “Bula Zone,” and another campus called the “Bonn Zone,” where a lot of different countries, companies, universities and NGOs set up booths and side events—thousands of interesting presentations and conversations. The “We Are Still In” area was set up as a stand-alone mini campus near those two campuses. It was strange to see the U.S. separated in that way. It’s basically an affirmation that a group is “still in” the Paris Agreement and will continue to implement it, even if federal policy does not encourage them. There was enormous energy there—and so many companies, sponsored events and high-ranking elected U.S. politicians, not to mention an outstanding set of speakers.

What stuck with you the most about the experience?

It was that the excitement and enthusiasm for international climate policy has not gone away. At first, I thought COP23 Americans would be gloomy, but I found there’s an enormous force from states, indigenous representatives, cities, townships, businesses, large companies, small companies, universities—they are not waiting on the federal government to tell them to do what their constituency demands. The U.S. is pretty remarkable in that regard—we can act locally and rapidly, even if the rest of the nation is not ready. No doubt, federal policy can influence behavior, but in reality, the consumers, businesses and local governments make it happen. 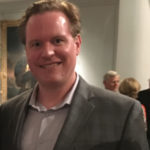