Ecuador’s glaciers are disappearing fast, and this could spell trouble for industry and tourism

By Gabriel Thoumi and Ian Robinson

The glaciers along Ecuador’s eastern cordillera—Chimborazo, Cayambe, Antizana and Cotopaxi—are quickly disappearing, and glaciers along Ecuador’s western cordillera—Cotacachi, Corazón and Sincholagua—have been completely lost in the past ten years. When we climbed and summited Cayambe and Cotopaxi, we saw firsthand the magnitude of both the mountains and the glaciers.

These are not small mountains. Cayambe is 19,000 feet tall, and the equator runs right through the mountain. This means Cayambe’s glaciers are the only place on Earth where glaciers straddle the equator, and they are disappearing fast, having retreated 50 percent in the past 30 years. Scientists forecast that Cayambe’s glaciers will completely disappear in the next 20 years.

Scientists estimate that from 1976 to 1997, Cotopaxi lost 0.33 km3 of ice, much of this caused by climate change. That is enough water to fill 132,000 Olympic swimming pools. Need another visual? Stack 132,000 Olympic swimming pools (2m deep) on top of each other, and you’d have a skyscraper of pools that is 164 miles high. That is a lot of water.

Rainfall in the region is diminishing. Local farmers are having to make tough choices. While water from melting glaciers is helping communities compensate for decreasing rainfall, the glaciers are disappearing because of impacts from climate change and volcanism.

One group of researchers has estimated that every kilogram of CO2 emitted will eventually be responsible for 16 kilograms of glacier ice lost.

An ecosystem being dismantled by climate change

For generations, the Ecuadorian glaciers have fulfilled a regulatory function in the local water supply. For example, in dry seasons, the meltwater from the glaciers feeds the high-altitude ecosystems and rivers that sustain the livelihoods of people living in and around the glaciers. According to an investigation on the Antisana Volcano glacier, meltwater accounted for up to 37 percent of the water flowing into a high-altitude river. Meltwater that did not go directly into the river drained to the paramo, high-altitude moorlands that are crucial in regulating water resources in the Andes, and incredibly important for the 50 percent of Ecuador’s population that depend on them. Studies indicate that the amount of water coming off the glaciers increases notably in the dry season, allowing a steady flow of water to areas that have extended dry seasons. This flow provides water for consumption and irrigation.

In the last 30 years, the Andean glaciers have lost between 30 and 50 percent of their mass. Studies show that glacial melt in the Andes occurred at a relatively stable rate before that period. The glacier on the Cotopaxi volcano, one of the most studied volcanoes, lost 45 percent of its mass between 1976 and 2006. Andean glaciers are particularly sensitive to the changing climate conditions because they are constantly close to melting conditions. This is evident during years of El Niño Southern Oscillation, which causes temperature increases and rainfall declines in the tropical Andes. Investigations of glaciers throughout the Andes show that glacial retreat accelerates during El Niño years and slows, or even briefly reverses, during years of La Niña, which bring colder temperatures and increased humidity.

Snow and hail accumulation during the wet season allows the glacier to replenish what it lost during the dry season. Furthermore, a white snowcap reflects a greater amount of solar radiation, instead of absorbing it, thereby reducing the amount of runoff. Accelerated glacier retreat increases the amount of solar radiation the mountains absorb, because the sunlight hits the mountains instead of the glaciers. This absorbs the radiation and increases melt.

Climate change projections have focused on the parameters of temperature and precipitation. However, the poor resolution of these models, the topography of the tropical Andes, and the lack of precipitation information in the high Andes make it difficult to produce accurate models for the region. This lack of information makes it difficult to predict how to solve these problems for Ecuador. 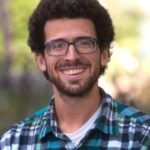 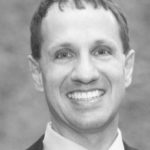