The theme for the United Nations’ 25th annual World Water Day 2018 is “Nature for Water,” with discussion at this week’s World Water Forum centered around nature-based solutions to water challenges. In honor of this theme, we’re featuring several companies whose business models are built on nature-based solutions. But first, let’s take a look at the state of water in our world.Water access has been high on the global development agenda for decades. While significant progress has been made toward the targets of universal and equitable access to safe drinking water, we still have a long way to go. 663 million people, or nearly 10 percent of the global population, lack access to water from an “improved water source,” which is probably a lower bar to clear than you’d expect. An improved source includes not only in-home piped water connections but also accessible public taps, wells, protected natural springs and even rainwater collection systems. Ideally, these protected sources provide clean, safe water, but that isn’t always the case. In reality, over 1.8 billion people rely on water sources that contain fecal matter or other contaminants, due largely to a lack of sanitation infrastructure on both an individual level (2.4 billion people don’t have access to toilets or improved latrines) and an industrial level (80 percent of industrial and municipal wastewater is released into the environment with no treatment).Sadly, the global water crisis is bigger than distribution and treatment infrastructure. As our population and consumption grow and climate change puts increasing strain on water resources, scarcity is a becoming a more pressing issue. Today, 3.6 billion people experience water scarcity at least one month out of the year, and that number is expected to rise to 5 billion by 2050, outpacing projected population growth. Sustained water scarcity has been intertwined with conflict and civil disruption throughout history. Even today, we see examples of this disruption, as years of drought and water scarcity in the Sahel region of Africa have driven hundreds of thousands of people from their homes in search of better economic prospects. This has led to social upheaval both within the region and as far away as the European Union, where treatment of refugees has become a political flash point.Even if you don’t feel it directly, these issues have significant implications for each of us, from individuals to governments to businesses. Beyond concerns about the quality and long-term viability of our drinking water sources, water scarcity will increasingly affect our ability to produce food and manufacture goods. It will be a driving factor in international business and policy, and solutions to address scarcity and access will require significant  energy and other resources.

The private sector has begun to invest more heavily in water stewardship; the long-term sustainability of businesses in many regions and industries depends on continued access to water. However, as we pursue these investments and develop new technologies, we must ensure that they align with the natural processes in their surrounding environment. Despite the level of technological advancement that humans have achieved, nature and its processes are still powerful forces that can either magnify or impede our technological progress. By working in concert with nature or even emulating its systems, we can achieve a more sustainable global water future. Companies around the world have adopted this principle, and we’re excited to profile a few that have either built their business model around a nature-based or nature-inspired solution or are investing in natural solutions to support their core business.

Plovgh and the Land Institute are putting perennial grains on the map.

Agriculture is responsible for 70 percent of global freshwater consumption, in large part due to our prevailing agricultural model based on monoculture of annual crops. This strategy requires annual tilling, which damages soil health and lowers its water absorption capacity. Annual crops also have more feeble root systems, which are more water-intensive because they are less capable of drawing water from existing moisture in the soil. Switching to perennial crops that do not require annual replanting or tilling would solve these problems, but industrial agriculture is deeply entrenched. Luckily, decades of perennial crop research has led to some promising innovations, including Kernza, a perennial wheatgrass developed by the Land Institute. Plovgh (pronounced “plow”) is a perennial grain company that the Land Institute has partnered with to commercialize Kernza. So far, they have had great success. Patagonia Provisions was the first to take a product using Kernza to market, with its beer, called Long Root Ale. Other Kernza products have hit the market since, including a Kernza pasta, but the next big step is the 2019 launch of Kernza-based General Mills products under the Cascadian Farm brand.

Dow Chemical Company made a business case for wetlands.

Wetlands play an essential role in water filtration. They are capable of removing up to 60 percent of metals and up to 90 percent of sediment from water, earning them the title of “earth’s kidneys.” But despite the benefits that wetlands provide, humans have destroyed nearly 2/3 of the world’s natural wetlands since 1990. There is a strong need to preserve remaining wetlands and rehabilitate the ecosystems we have damaged, but we can also recreate their function with man-made wetlands. In 1995, long before green infrastructure was as well-studied and trendy as it is today, Dow Chemical Company decided to use a constructed wetland to fulfill its water filtration needs at a facility in Seadrift, Texas. In this case, the engineered wetland outperformed traditional wastewater treatment technologies and was cheaper to build by $39 million. The company made the obvious business decision but also proved that there can be a business case for green infrastructure. In the decades since, many other companies, such as Shell and MillerCoors, have followed suit, exploring how to best combine both green and gray (traditional) infrastructure on the bases of cost, performance and environmental impact.

In our modern era of megacities and urban development, we’ve disrupted the water cycle by paving huge swaths of land, creating a situation where cities struggle with frequent flooding when it rains, while they simultaneously lack access to sufficient drinking water. This is because pavement is impervious to water and prevents rain from absorbing into the ground. Instead, water is funneled through streets and sewers, and ultimately into streams or other bodies of water. While this difference may seem insignificant, it has everything to do with Mexico City’s limited water supply. About 70 percent of its water is extracted from the aquifer below the city, but because little rainwater can absorb into the ground and recharge the aquifer, the source is being depleted and the city itself is sinking—10 meters in the past century! Isla Urbana is a social enterprise in Mexico City that is working to change this trajectory using rainwater harvesting. The organization connects rooftop catchment systems and filtration technology to underground cisterns that already exist underneath many households to harvest rainwater and store it until it is needed. This solution does triple duty by providing more consistent access to water than the municipal system while also mitigating flooding and decreasing the draw on the aquifers.

In arid coastal areas where groundwater is scarce, the answer may lie in the clouds. Aqualonis is among companies taking a lesson from resourceful desert creatures like the guanaco (similar to a llama) in Chile, which has adapted to survive in the brutally dry Atacama Desert by drinking water that condenses on plants as fog and clouds pass through. Fog-catching nets have been developed in this image to capture water vapor from the air and collect it as it trickles down. Aqualonis’s  CloudFisher net can harvest up to 17 gallons of water per square yard per day and has been deployed in Morocco, Tanzania and California. Other fog catcher brands have been installed in Chile, Eritrea, Peru and elsewhere.

Wastewater treatment itself is not a new concept, but for the most part, it has been limited to large-scale municipal treatment plants. At the local level, these centralized systems have created a linear water pathway, where a unit of water has only a single use during its journey from source to treatment plant to consumer and then back into the environment. Cambrian Innovation is one of the companies pushing the water treatment industry toward distributed wastewater treatment systems that allow for direct reuse, creating a circular system that more closely emulates natural cycles. Cambrian’s anaerobic-aerobic wastewater treatment systems generate energy while they clean water and are built in shipping containers, so they are modular and don’t require much setup on site. These systems have been deployed in various settings and industries, including several breweries. When Northern United Brewing Company, parent to Michigan favorites such as Jolly Pumpkin and Grizzly Peak Brewing, opened a large, new brewing facility in Dexter, Mich., the company discovered that the municipal water treatment had insufficient capacity to support its operations. Cambrian Innovation’s technology filled that void and allowed Northern United to continue with plans to scale its business.

By mimicking natural systems—or taking pointers from them—these companies have managed to alter their impact on water resources and contribute to fighting water scarcity. 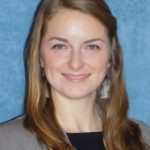