“As November drew to a close, the Palais des Nations, the UN headquarters in Geneva, prepared to shake off the seasonal gloom by welcoming once again the UN Forum on Business and Human Rights. Since its establishment in 2012, the forum has been a bubbling platform for experience sharing in the implementation of the UN Guiding Principles on Business and Human Rights (GPs), the global standard for preventing and addressing adverse impacts on human rights connected to business activity. In 2016 alone, more than 2,000 participants from 140 countries flocked to Geneva, confirming the forum’s appeal to civil society representatives but also an increasing interest from the private sector — accounting, respectively, for the 30% and 24% of the participating stakeholders.”

“One problem with the phrase ‘corporate social responsibility’ is that it doesn’t stipulate who the corporation feels responsible to. If corporations’ responsibilities lie with the planet, society, and consumers, they should, above all else, eliminate climate change-causing emissions and end unfair labor practices. If these responsibilities extend beyond the planet and society and to their shareholders, this demands a different set of primary objectives.”

“Across Europe, nearly 55,000 agencies recruit hundreds of thousands of temporary workers each year for cheap manual labor and service jobs. The agencies allow employers to tap into a more flexible work force — and avoid some of the region’s more onerous labor costs. Those agencies recruiting manual labor scour the Continent for people willing to pick vegetables in Britain, pour concrete in France or work assembly lines in Eastern Europe. While they receive monthly pay, they often work long days, so their wages can average out to as little as 3.50 euros, or about $4.10, an hour — less than the minimum wage in some of the countries.”

“Cocoa product and chocolate producer, Barry Callebaut, is also working to expand upon its transparency efforts, publishing its first-ever Forever Chocolate progress report. It details the company’s progress on its new sustainability strategy, which is based on four key targets to be achieved by 2025 that address the largest sustainability challenges in the chocolate supply chain:

“One hundred thirty years ago, white vigilantes shot some 60 African American farmworkers dead in Thibodaux, La. In targeting black sugar workers, the gunmen were also targeting their union. It was a pivotal time for labor in the United States. Workers did not have a right to unionize, and strikers often risked not just their jobs but their lives. Hostile employers, though, were not the only obstacle. As the events of Nov. 23, 1887, showed, racism undermined class solidarity and the potential of the American labor movement.“

“Kraft Heinz, a company known for its rigorous cost-cutting, now wants to improve animal welfare, help end the destruction of rainforests and fight world hunger. Though cynics may roll their eyes, consider this: Growing a better world — as Kraft Heinz puts it — is also good for business. Increasingly, companies are ramping up their corporate social responsibility efforts because more consumers and investors demand it. Noble intentions aside, such efforts can improve marketing and sales, bolster the supply chain and help attract and retain talented employees, experts say.”Do you want to contribute to the conversation? Tweet us @erbinstitute! 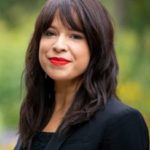