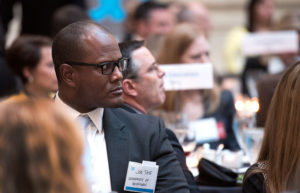 More than 200,000 military veterans live throughout Southeast Michigan. These men and women who reside among us today have fought on behalf of our nation in military campaigns stretching as far back as World War II over 75 years ago.

On Veterans Day, we want to honor all our fellow veterans in a way that improves our national security and saves lives on the battlefield.

As veterans of Operation Iraqi Freedom (OIF) and Operation Enduring Freedom (OEF), we have personally witnessed our brave men and women put at risk not to protect their fellow soldiers, sailors, airmen, Marines, or civilians, but to protect fuel trucks. In recent conflicts, fuel convoys have been among our enemies’ favorite targets, making the transportation of fuel to bases and troops in war zones an especially dangerous job that can often result in casualties.

Many of our fellow veterans have spoken out to condemn how the United States’ dependence on oil risks the lives of our men and women in uniform because we have all witnessed the grave consequences of such dependence.  Our military understands the personal and financial consequences of our overreliance on oil. After all, every $10 increase in the price of a barrel of oil means a $1.3 billion increase in operating costs for the Pentagon. And a 2010 study found that an estimated $8 trillion has been spent protecting oil cargoes in the Persian Gulf since 1976, even though only 10% of that oil goes to the United States. 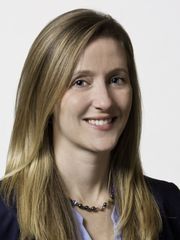 Our military leadership has taken strong first steps in weaning the United States off oil so as to protect the lives of our men and women on the frontlines. For example, towards the end of OEF, several Marine units in Afghanistan started using solar panels to power lights and charge batteries needed for patrolling. This asset decreased their reliance of diesel powered generators and directly led to the reduction of the number of fuel convoys that could be targeted by the enemy on the battlefield.

And given that 70 percent of all oil consumed in the United States is being used for transportation, increasing the efficiency of our vehicles is a critical step. After all, our current fuel economy and emissions standards for vehicles are expected to save the United States 12 billion barrels of oil by the time it’s fully implemented. 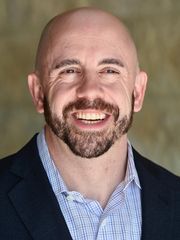 Thus, our message to our automakers here in Detroit is this: keep Michigan and America strong by aligning with current fuel economy standards for vehicle fleets. History is strewn with examples of Detroit’s economic and national security leadership, and no greater example can be found then when Detroit was called upon by F.D.R. to become “the great arsenal of democracy,” converting automobile production to manufacturing military devices critical for victory in World War II.

So honor our veterans by continuing to reduce our dependence on oil and pulling our men and women in uniform out of the line of fire.

Joe Tate is a Marine Corps veteran, Sarah Barbo is an Army veteran, and Tripp Adams is a Navy and Army veteran. They are members of Truman National Security Project. Views expressed are their own.

Read the article in the Detroit Free Press here. 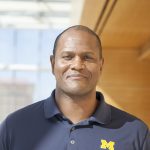 Joe Tate
Speaker of the House