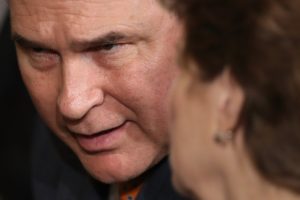 Pruitt’s faulty logic—or lack of it entirely—hasn’t gone unnoticed. Former Science Advisory Board member Joe Arvai, whose six-year term expired in late September, was bewildered. “Not only is Mr. Pruitt a hypocrite, he’s a coward,” said Arvai, who is currently the director of the Erb Institute at the University of Michigan. “Rather than having the guts to say he doesn’t care about what the country’s leading scientists have to say, he’s hiding behind some patently phony conflict-of-interest rhetoric.”

As Arvai said, “it doesn’t take a rocket scientist” to understand what Pruitt, who has deep and enduring ties to the fossil fuel industry, is up to: stacking advisory boards with people who he knows will support his deregulatory agenda. Pruitt can’t weaken air pollution regulations without the support of scientists who believe air pollution isn’t so bad for human health, and he can’t weaken rules to halt global warming without advisors who question whether climate change is even happening. Pruitt might be Trump’s most secretive cabinet member, but his motives here are transparently corrupt.

Read the full article in The New Republic here.