Why You Need Both a Picture and a Thousand Words

This article is based on the white paper “A Picture and a Thousand Words?: Combining Both for Success in Public Debate,” by former Erb Institute postdoctoral researcher Lianne Lefsrud.

“To be heard in many public debates, you may need more than the proverbial picture that’s worth a thousand words—you may need both a picture and a thousand words. Business leaders may be unsure how to handle intense public scrutiny, which is becoming increasingly visual, emotional and publicized. But by choosing language that resonates and imagery that captures attention, and using those to reach wide audiences, you can strengthen your message.” 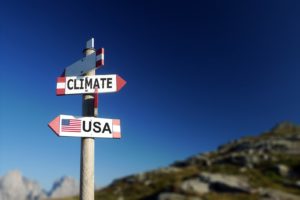 Labels and metaphors are powerful. Well-chosen ones evoke positive imagery, emotions and values, while poorly chosen ones can be disastrous. For example, “global warming” is a much more divisive term than “climate change.”

People often default to the language they are most comfortable with. Actors and songwriters use dramatic language. Politicians talk about “the facts.” Businesspeople talk about net present value. But if we stick to our own language and our standard conversations, we might simply be preaching to the converted.

But you can use more inclusive language that appeals to wider-ranging groups and broad values, such as “thriving families and communities,” “patriotism” and “innovation capacity.” Such values can galvanize your audiences. By talking about “sustainability” and “resilience” and focusing on disaster preparedness instead of debating the science, politically conservative communities are simply preparing for volatile weather.

Sometimes businesses have to react to terminology levied against them. One example is activists calling meat byproducts “pink slime,” rather than the meat industry’s preferred term, “lean finely textured beef.” Gerald Zirnstein, a Food Safety and Inspection Services microbiologist who objected to the product being approved for human consumption, coined “pink slime.” Activists recognized that pink slime evokes images of gooey monsters and mucus, not something you would ever eat.

To manage such negative terms, you need to get to the source of the controversy. With pink slime, consumers were concerned about the meat industry’s practice of treating meat byproducts with ammonia hydroxide and other chemical additives, adding this to ground beef, and selling it without declaring such additives on the label. Parents were horrified that they had been feeding this to their children. In the end, companies addressed consumers’ concerns by disclosing and/or banning such additives.

Choose your labels intentionally. Understand your audience, their meanings for key terms and the prevailing public discussions.

A picture and a thousand words?

Images act as a flag; a startling image will catch people’s attention and motivate them to process it. Besides being more eye-catching than words, images are intuitively understandable and motivational. Words require cognitive processing, but images create an unconscious emotional response and nearly instantaneous understanding, because we process visual information quickly.

In 2008, Syncrude’s bird deterrent system failed, and 1,606 migrating ducks landed on the company’s tailings ponds and suffocated in oily residue. Video of the 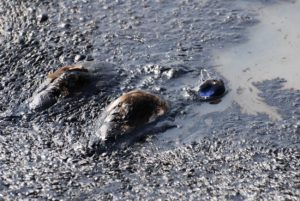 ducks dying spread rapidly, and Syncrude was prosecuted under Canada’s federal Migratory Birds Convention Act and under similar provincial legislation. Media played this video repeatedly during the two-year trial, which resulted in the largest environmental fine in Canadian history.

Imagery can be persuasive in ways that words alone are not, but your words and images must feel authentic and match your actions. Other caveats: If the imagery is too dismal, your audience becomes depressed and not motivated to take action. If the imagery is too outrageous or negative, you become less likable. If your claims are too strong, the audiences might feel they are being manipulated.

Include audiences beyond those you normally consider relevant. If excluded groups start criticizing your company, they are likely to be more vocal, negative and emotional in their attacks than they would be if you had included them in initial discussions.

Typically, relevant groups are considered residents near the operations, parties along the supply chain (suppliers, employees, regulators and customers), competitors and business partners. But others may get involved quickly.

For example, the growing oil/tar sands’ opposition—in the EU, among Native Americans, and even in Hollywood—caught companies and governments off guard. The Keystone XL extension was proposed in 2008 and received initial Canadian and state regulatory approvals in 2010, and proponents never would have predicted that Robert Redford and Neil Young would be involved in protracted discussions four years later.

People are self-identifying with issues and opting in to discussions and long-lasting debate. And new media dramatically expands such conversations. The internet and mobile platforms—websites, blogs, YouTube, Facebook, Twitter—allow virtual, unmediated conversations among distant people. 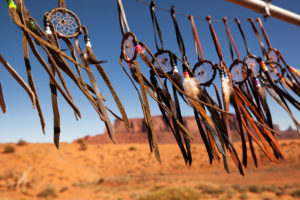 No longer are reporters, editors and television producers the only ones who decide what the public sees. Anyone can distribute information, draw interest, and critique your organization—far beyond what you might consider your relevant audiences.

Lefsrud’s research indicates that people outside of regulatory hearings—including native peoples, international environmental NGOs, shareholder activists, foreign governments—are 20 times more likely to persuasively discuss their concerns about oil/tar sands in news media than “insiders” are to discuss the media within the hearings. The outside challengers are more vocal and more critical of development, proponent companies and their practices, the regulatory review process, and the governments’ jurisdictional authority. They are more likely to talk of morality and higher values—such as preserving life—to connect with broader audiences, rather than talk in economic or regulatory terms.

A picture and a thousand words?

The arguments about Alberta’s oil/tar sands show how debate expanded and became increasingly visual and emotional. Critics of the oil/tar sands had been attempting to introduce evocative terms—“dirty fuel” and “dirty gasoline”—for years. But it was “dirty oil,” coupled with images of oil-soaked ducks,that caught the public’s attention. 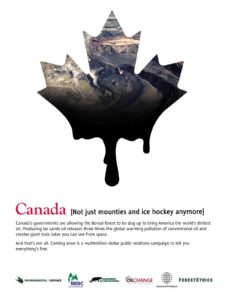 To challenge the oil/tar sands, in 2008, six environmental NGOs created an advertisement showing a maple leaf soaked in oil, with the tagline “Canada: Not just Mounties and ice hockey anymore.” The visual fuses three images: a stylized maple leaf; an aerial shot of oil sands development; and a thick, black substance running down the bottom of the leaf and dripping on the stark, white background. The text explicitly links the maple leaf to Canada, marking it as a national symbol.

This full-page ad appeared in Roll Call, the newspaper of record on Capitol Hill, to show U.S. decision-makers the oil/tar sands’ negative environmental impacts. The ad was timed to coincide with a trip by the Alberta deputy premier to Washington to defend the oil/tar sands.

Consider where and when to release messaging to best reach your key audiences. If you are responding in the wrong venues or too late, no one will hear you.

Multinational corporations have broad geographical reach, financial assets, public visibility, and influence. Conscious, proactive business discuss their sustainability agendas ˗ rather than remaining silent on inflammatory issues. By re-crafting your message, you can better capture attention and increase your persuasive appeal—even in emotional public debates that you might rather avoid.

Lianne Lefsrud is a former postdoctoral research fellow at the University of Michigan’s Erb Institute | Business for Sustainability. She uses mixed methods to study how institutional and new venture entrepreneurs use persuasive language to shape conceptions of technology, the environment and regulations. She holds a Ph.D. in Business Strategy and an M.Sc. in Environmental Engineering and Sociology from the University of Alberta. 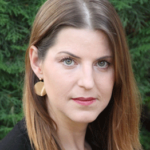