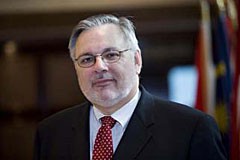 “After nine months of much sound and some intense fury, the Trump administration continues its efforts to implement an environmental agenda based on major 2016 campaign themes while also having to address the more practical realities of governance. To paraphrase the late New York City Mayor Ed Koch, how is the Trump administration doing so far? After nine months in office, five major trends are discernible at this writing.”