Send two Erb students to attend the Research Initiative for the Sustainable Development of Cuba (RISDoC) seminar, and they will immerse themselves to experience the Cuban sharing economy to the fullest.

Cuba was once a luxury tourist destination for Americans and a booming international trade hub with extreme income inequality, and later a communist country that hit rock bottom and left its people starving. Today, Cubans generally do not go hungry, but they are kept on a short leash, and the country continues to function as a cash economy and rely on imports for most goods.

We wondered, How do Cubans view their country’s economy? What changes do they want to see? How do they feel like they can be part of this change? Interacting with locals spontaneously, we got some candid answers, which served as an interesting introduction to the conference we traveled to Cuba to attend.

Security is of utmost importance in Cuba—as a Communist police state with a reputation of unjust imprisonment—and this may be why Cuba is said to have one of the lowest rates of homicide in the Americas. The country also promises education and health care to all citizens and visitors (with some exceptions), which makes for a highly skilled community with their basic health needs met. However, with fixed salaries (a doctor or a janitor makes the equivalent of 30 Euros per month), people get by on the bare minimum, and they often work under the table in work unrelated to their education—in industries such as tourism—to make ends meet.

Through talking with residents, we heard a consensus that, although security, education and health care are important government benefits that Cubans would not want to change, they yearn for more freedom. They feel trapped—being highly educated and having the world at their fingertips since three years ago with the introduction of wifi in public hotspots, they believe life could be better if they were given more financial liberties and the chance to live in a more capitalistic way.

Most products are expensive, if and when they are available. There’s a shortage of all products and a black market for everything: clothing, food, wifi, even people who connect TV satellites to get intermittent coverage from Florida.

We stumbled upon Luis and his family, an average Cuban family that does everything possible to get by. Luis, a resident of the Old Havana neighborhood, sells sandwiches and other snacks to tourists and locals from his front door. After a short conversation, he and his wife kindly offered to have us over for lunch the next day. Naturally, lunch lasted three hours, ”a lo cubano!” (Cuban style). They introduced us to their children and gave us a tour of their home. They proudly showed us an extension that they have been working on, as they plan to rent the rooms to tourists, as a casa particular business (bed and breakfast), one of the few small businesses permitted to Cubans.

Renovations in Cuba take a long time to complete, and they shared stories about stores being out of stock of certain items for as long as a year. Luis expected it to take him six years to finish the two new rooms and bathrooms. Even if he had the capital he needed for the renovations today, he would not be able to find the supplies and materials.

This wasn’t so surprising after having gone to dinner each night at restaurants that ran out of fish, beef, chicken, pizza and pasta, and had only one of their main dishes left, or seeing stores that were almost empty. For example, supermarkets (owned by the government) often ran out of bottled water. We were told that the mafia was responsible for buying out the store. The same bottled water would be sold at a slightly higher price from the privately owned corner store next door. Since there are no middlemen or wholesale prices for small businesses, privately owned businesses rely on government-owned stores to supply them, and they have no choice but to upsell products to make a profit. The government always has the upper hand in business transactions, and private business is inherently less profitable. This system is an example of the government retaining control over all affairs.

Change on the Horizon?

We often heard a yearning for change followed by hopefulness that it will come eventually—but it is unclear when or how. RISDoC is a starting point for dialogue among diverse stakeholders. It was created as a forum to discuss how Cuba can be a leader in climate change mitigation.

Over two days, RISDoC brought together a diverse group of Cuban government officials, international development agency representatives and academics to discuss and create opportunities for the apprenticeship of the Cuban academic community, governmental organizations, NGOs and businesses, with respect to  economic development opportunities and sustainable global negotiation models. Organized by a prominent local NGO, the Antonio Nunez Jimenez Foundation for Nature and Humanity (FANJ is the Spanish acronym), the conference aimed to present the RISDoC initiative to national actors and foster discussions about energy, tourism and sustainable agriculture. FANJ has strong ties to ministers of governmental and financial institutions in Havana.

The meeting served as a remarkable first look at how these relationships may develop, as it was the first meeting of its kind in Cuba with governmental officials. It was an opportunity for organizations to share what they had learned from other countries, and to help bring together people from various sectors. As University of Michigan representatives attending the meeting, we were not impressed by the short question-and-answer session that was more of a question session with a general closing. The Q&A did not necessarily spark debate, but it was the first time such a conversation was permitted in public, and it offered a glimpse into the potential for organizations and Cuban institutions to collaborate. The challenge will be to keep truly open dialogue going and to turn it into actionable programs. 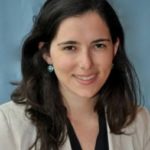