How can a company like Patagonia most effectively work to change the global agricultural system, to sequester more soil carbon, to stop topsoil erosion and to have a positive impact on agricultural lands?

This is the question our group set out to answer between December 2016 and February 2017 as part of the Patagonia Provisions Case Competition. It’s a question scientists, politicians and academics have been working on for decades, and many consider it the most important solution to mitigate climate change. Six graduate students from across the University of Michigan had to answer with a five-page solution in just three short weeks.

Our friends who had won the competition the year before suggested we take a risk and think outside the box. Their advice made sense—we are in school, there are no repercussions, and with 70 other teams trying to come up with the silver-bullet answer, we had to try something to set ourselves apart. Still, we had to overcome our naturally risk-averse MBA student mindset to dive in.

When we did dive in, we focused on the challenges of converting a farm from conventional to organic production. In this situation, the biggest barriers for farmers is the painful, expensive, steep learning curve of the three-year organic transition process. During this time, farmers cannot use the pesticides and fertilizers they have depended on to produce high yields, and they also cannot charge a premium price for their crops yet (they don’t technically become certified organic until the end of the three-year process). So we thought: What if there were a crop that farmers could grow during the transition years that fetches a market premium, is easy to grow and uses the same tools that farmers already own?

Industrial hemp is a natural fiber that grows with significantly less fertilizers, pesticides and water than other row crops, produces both fibers for use in clothing and fabrics and edible, high-protein seeds and does not contribute to microfiber pollution.  Industrial hemp had been illegal in the U.S. since the 1970s war on drugs determined that it looked a little too much like its close cousin, marijuana. However, after significant effort from activists and Congress, the 2014 Farm Bill gave decisions about hemp farming legality back to the states. Since then, 33 states have legalized industrial hemp cultivation.

One state where Patagonia and hemp pair nicely is Kentucky. Until recently, most farmland in western Kentucky produced tobacco, but decreasing tobacco profits have left farmers desperate for an alternative. Since 2014, the number of acres of hemp that Kentucky farmers have cultivated increased from 33 acres to nearly 12,800 in 2017. Now is the prime time for companies like Patagonia to step in and contract with farmers to grow hemp organically, when farmers already are preparing to grow something new.
For the Patagonia project, we designed a contract system and educational curriculum to accompany our idea. Patagonia would benefit from a domestic supply of hemp fibers that, after three years, would turn into thousands of acres of hemp seeds, oils and other certified organic crops.

In April, after five months of research, brainstorming, writing, rewriting, slide creating and rehearsing, we flew to California to present our idea alongside nine teams from other schools across the country.

Patagonia CEO Rose Marcario said during one of her welcome talks: “In order to do good, you have to do something.” To us, that was her invitation for all of us to get out there and just do it— to take risks—in the name of bettering our world, our society and our agricultural lands. We are proud of the work our mighty “Wolverine Foodball” team did and lucky to have spent five months of business school critically thinking about how we can change a broken system. The system is nowhere close to being fixed, but dedicating this time and thought to the process can help us get a lot closer. 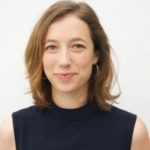 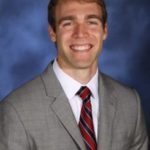