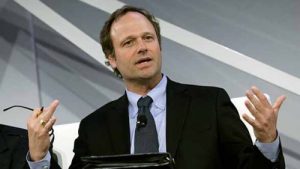 ‘THE MARKETS ARE FAR MORE THAN DONALD TRUMP’S STATEMENTS ON A TREATY WITH THE U.N.’

“The markets are far more than Donald Trump’s statements on a treaty with the U.N.,” Andrew Hoffman insists.  And the markets have been trending toward renewable forms of energy and mobility for a while now, he explains. “Industries are moving in a direction they see markets going,” and that direction is energy efficiency. “I like to say there is an industry renaissance going on in energy generation and mobility.”  Hoffman points to China’s turbocharged commitment to solar. That country has more than doubled its solar capability in 2016. Meanwhile, Germany recently pledged to get 1 million electric cars on the road by 2020. 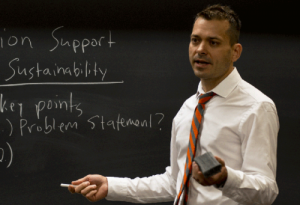 Joe Arvai, director of the Erb Institute at the University of Michigan’s Ross School of Business, says international competitors might take advantage of real or perceived U.S. weakness. “It’s hard to say now, but it’s not inconceivable that some international companies see it as an opportunity to get tough with the U.S.,” Arvai says.

He points to two similar situations. The first was a trade war between Canada and the European Union over oil-sand crude, which was found to have a 12% higher emissions rate than regular crude. “The social costs of producing that oil were too high and EU countries were more willing to pursue agreements in other countries,” says Arvai, who also serves on the U.S. Environmental Protection Agency’s Chartered Science Advisory Board.

The second example: Twice in recent history, China has cut off coal trade to two countries. The first time, Arvai points out, was when China suddenly stopped importing coal from Australia. “Almost overnight, China decided they were going to get out of the coal business and in turn destroy the Australian coal industry,” Arvai says. The second occasion happened this past April, when China refused to import coal from North Korea.Read the full Poets & Quants article here