“Countdown to Redefining the Good Life” – A conversation with Kerry Duggan

Countdown to Redefining the Good Life

The Sustainable Brands SB’17 conference is coming to Detroit on May 22, with the theme of “Redefining the Good Life.” Kerry Duggan has served as deputy director for policy to Vice President Joe Biden and as deputy director of the White House’s Detroit Federal Working Group, and she recently founded the boutique consulting firm SustainabiliD. She has been working with the Sustainable Brands team to navigate Detroit and make connections between companies coming to the conference and potential Detroit partners. She talked with the Erb Institute about making things happen in Detroit.

Q: With the White House’s Detroit task force, you helped get the city’s broken streetlights fixed and converted to LEDs. What was that like? 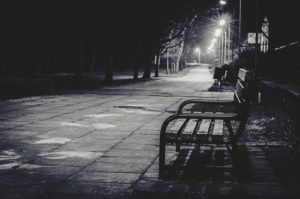 A: It goes back to President Obama embedding staff in Detroit—something he started doing in 2011. Back then, the city at night was dark. There were 88,000 streetlights, and only half of them were operational. And the capacity of the city’s Public Lighting Department was reduced. When the Public Lighting Authority was set up through state legislative action, the U.S. Department of Energy then had a place to send technical assistance. It was through that technical assistance that we were able to showcase to the Public Lighting Authority and city officials what a more efficient system would actually cost and save, and how it made a great deal of sense to convert to LEDs.

Mayor Mike Duggan (no relation) championed this conversion and immediately after he was elected, the project really took off.  It was completed ahead of schedule and under budget. It has a smaller footprint, is a more efficient system and saves the city millions of dollars a year—it’s cost and carbon effective! I’m very proud of this work because, unlike some work of the government, the impact was so immediate for those living in Detroit—the kids getting to school, or the elderly trying to get to their doctor’s appointments. Now they can do it safely.

Q: You delivered the closing keynote at the SB’16 conference in San Diego, where it had been held for years. Why are you glad SB’17 is coming to Detroit?

A: My view is that if you can solve a problem in Detroit, you can solve it anywhere. Detroit presents a great opportunity to leapfrog into world class. It also is a greenwashing antidote. Meaningful and long-lasting partnerships are welcome here, but not fly-ins. In that keynote address, my message to the brands was: Don’t just fly into Detroit and then leave. Have some kind of an impact. So I’ve been working with some of the brands who have said they’d like to engage but don’t know where to start. My goal has been to be a conduit to the Detroit stakeholder community and beyond, and using networks to connect people to  solve problems. 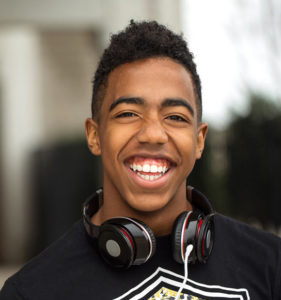 In fact, one of the most immediate ways that participants can get involved in Detroit life is through talking with the students who will be visiting SB’2017 from Detroit’s West Side Academy. As part of the Erb Institute’s partnership with SB, I worked with two Erb students to find ways to extend SB’2017’s long-term impact in Detroit from the presence of nearly 2,000 business leaders from some of the world’s largest brands. We worked with the high school to invite in 20 students for career mentoring with conference participants, attending sessions and even joining SB’s Corporate Members Lunch. You’ll recognize the students from their school uniforms. Please reach out to them at a lunch or a networking break to share your sustainability experience!

Q: What are you looking forward to about the conference?

A: Seeing the effect on people who may not understand what the buzz is about Detroit. When you spend time here and talk to Detroiters, you catch the bug. And there’s a real understanding that the city’s recovery and revitalization need to be felt by every square mile and every citizen. So I want to see the ways brands that are coming in for SB’17 or SB’19 will continue to forge partnerships and get involved.

And there’s market opportunity here—just look at Chase’s recent announcement. While Detroit has perception problems, if you can find a public-private partnership or another opportunity here and do it well, it’s scalable and really rewarding.

Q: You have a deep connection to the city. What misperceptions about Detroit do you think are still lingering out there? 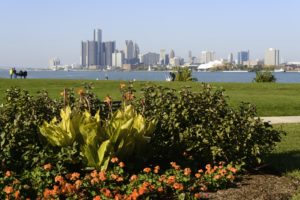 A: Right now, that it’s recovered. It’s not. As Mayor Duggan has said, there are kids growing up in Detroit today who have never been to the riverfront, and it’s not because they don’t want to. A lot of issues in the city—mobility being just one—still need to be addressed. From education to access to opportunities, Detroit isn’t done yet.

Also, being a daughter of the Great lakes, my environmental ethic was born from my summers on the lakes, like many Michiganders. But I don’t assume that folks coming in from other places understand that we sit on 20 percent of the world’s freshwater and just how important it is to protect that resource. Michigan is so rich in terms of its resources and its potential.