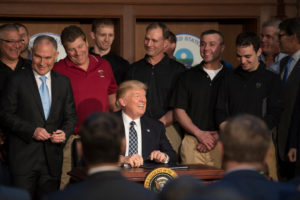 “Several members of the Scientific Advisory Board contacted by The New York Times said that they had not received dismissal notices, but that they were aware their board was a political target.

I see the dismissal of the scientists from the Board of Scientific Counselors as a test balloon,” said Joseph Arvai, an environmental scientist at the University of Michigan who is on the Scientific Advisory Board. “This is clearly very political, and we should be very concerned if it goes further.”