At Expo West, the largest natural foods conference held each year in the United States, the conventional rules about food do not apply. Attendees will find bugs in their food, sample snacks that producers proudly note are “alive,” and try vegan burgers that bleed. I attended this conference with generous assistance from Erb’s Cool Projects fund, and I sought to learn more about this growing industry and network as part of my job search in this field. I attended the expo’s three days of events alongside nearly four dozen fellow MBA students, whose admission fees were waived as part of the MBArk program, a nonprofit initiative started by Joe Dobrow, a natural foods industry veteran.

These students’ professional aspirations and preferences within the natural foods space offer a useful lens for highlighting important trends in the industry overall. Here are the trends I discovered among the other MBAs attending Expo West:

These preferences among young professionals interested in working in the foods industry reflect a larger, more systemic shift that is already under way and likely to accelerate among consumers, who are rejecting the status quo and insisting that they deserve better. As millennials witness the generations that came before them facing the health repercussions of decades of unhealthy eating, more young professionals entering the food industry are willing to trade a high-paying job in an established, conventional food company for a less stable role in a sustainability-oriented company. More millennials are prioritizing a more fulfilling professional experience to make our food system—and those who rely on it—healthier, more productive and more resilient. While systemic transformation will require shifts in both the conventional food system and the newer ventures that challenge the status quo and catalyze more foundational change, this generation seems especially motivated to transform the food market, rather than continue to tinker incrementally within the current establishment. 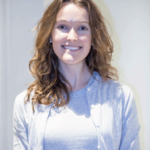