The Importance of Framing in Presenting Numbers

Research from the University of Michigan’s Erb Institute has found that the careful selection of numerical frames in communications regarding prosocial or socially responsible behaviors can make these communications more persuasive.

When people hear statistics, it’s not just the numbers themselves that have an effect—it’s also how the numbers are presented. The way numbers are framed affects how people evaluate that information and how they respond to it.

Conventional wisdom says that larger numerical frames are more persuasive than smaller ones, so, for example, expressing mortality rates as the number of deaths per 10,000 people would be more forceful than the number of deaths per 100 people. This is called the face-value effect. But presenting large numbers might make less of an impact than you think. Some research has found the face-value effect to be diminished due to the difficulty people have processing large numbers. Researchers from the University of Michigan recently added to the conversation on that.

Researchers from the Erb Institute at the University of Michigan have found that smaller numerical frames actually may be more persuasive because people can relate more personally to them. 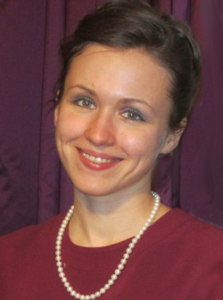 In their white paper “Framing Behavioral Change: The Role of Message Framing in Driving Conscious Consumption and Donation Behaviors,” the researchers, Tatiana Sokolova and Aradhna Krishna, compared different numerical frames to determine the “optimal” frames—those most likely to induce people to take some type of socially responsible action. 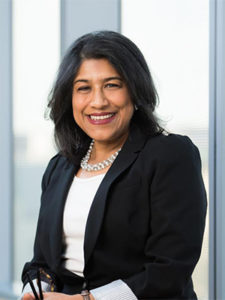 Sokolova and Krishna conducted three studies. In the first, they presented different frames for car accident statistics and told participants that texting while driving is a major cause of car accidents. Their theory was that smaller numbers and narrower time frames would be easier to grasp, so they would be easier to imagine. They presented the statistics as either one person dying every 25 seconds and one person being injured or disabled every second—or as 1,300,000 deaths per year and 35,000,000 people injured or disabled per year. Then the study participants had to say how large the fine should be for texting while driving. Those who had the smaller frame wanted higher penalties than those who had the larger frame.

The second and third studies looked at child mortality rates from UNICEF and their framing effect on donation pledges. The researchers wanted to find out whether people were more motivated by the small frame simply because of smaller numbers or because the narrower time frame was more concrete for them. In the second study, the participants were given one of three frames: One child dies every 6 seconds; 10 children die every 60 seconds; or 5,000,000 children die every year because they did not have enough food or access to clean water. The number of deaths per 60 seconds—followed by deaths per second, and then deaths per year, — seemed to have the greatest impact in terms of dollars donated. This suggests that “the effect of small numerical frames can be attributed to the use of more concrete numerical scales (i.e. deaths/seconds vs. deaths/year), rather than the use of smaller numbers per se,” the researchers wrote.

Sokolova and Krishna say the results have particular relevance for nonprofits and NGOs seeking an audience and donations, brands and government agencies trying to compel both responsible behavior and conscious consumption, and the general public. Depending on the frames these organizations choose for their messaging, their numerical information can wind up strengthening or weakening their position.

For example, “by increasing the persuasiveness of communications related to deaths caused by environmental factors, such as air pollution, NGOs can garner public support for environmental initiatives, such as emission regulations and pollution taxes,” the researchers wrote. Similarly, organizations like the World Health Organization could benefit from knowing the most persuasive numerical frames to effectively communicate statistics about the costs of unhealthy lifestyles. The right frames might even encourage people to consider adopting environmentally friendly alternatives—such as public transportation or switching to electric or hybrid cars.

Using the optimal frames of numerical information can help organizations design more persuasive messages—including their lobbying efforts and public education campaigns. “While most people want to live long and well, they often are strikingly myopic in their everyday choices: for example, they can choose to text while driving while substantially increasing the risk of getting into a car accident,” Sokolova said. “Thus, NGOs or government agencies sometimes need to nudge people in the right direction, and this research can help craft the communications that would do that.”