The field of sustainability has evolved in recent years to include human rights issues. Consumers and investors have made these issues a priority, so businesses are responding. As they do, collaboration is critical.

The field of sustainability began with environmental issues, which brought about standards and regulations that companies must follow. But human rights issues don’t yet have the same kind of established standards. “It’s still a relatively new dialogue and language for the business community,” said Theresa Loar, an independent consultant who focuses on human rights in business. “While there are excellent UN guiding principles, it’s not the same thing as your government setting certain requirements and standards.”

“It took a long time for environmental standards and climate change issues to work their way into the corporate world, but they did,” Loar said. Until recently, human rights issues “have been seen more as, ‘that’s for NGOs or the UN to take care of.’” 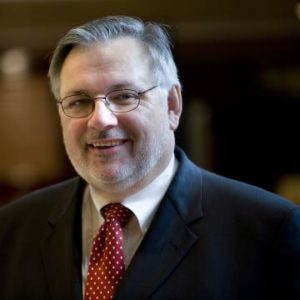 But the onus is on the business world, said Terry Yosie, president and CEO of the World Environment Center. “The multinational corporation is one of the most successful institutions in the world, and it is expected to do more”—which sometimes includes building schools, and helping to maintain health care facilities and sanitation systems, Yosie said. “The reality of contemporary society is that if you are a successful global company, you have to be alert to and aware of these issues.”

Tackling human rights issues in meaningful ways is a challenge. The Erb Institute and World Environment Center held a roundtable on “Managing Human Rights Issues in Global Companies: What Are Best Practices and How Are They Implemented?” in Ann Arbor last year, which brought together 26 professionals, including senior company executives, external thought leaders, and Erb Institute faculty and students. The roundtable was designed to be a “peer-to-peer conversation across different sectors,” said Yosie, who spoke at the event.

The participants represented the automotive, chemical manufacturing, hospitality and lodging and professional services sectors. Loar was among the speakers, in her former role as senior vice president for Global Corporate Affairs with CH2M. Dr. Michael Posner, New York University professor and chair of the World Economic Forum initiative that published the report Shared Responsibility: A New Paradigm for Supply Chains, delivered the keynote remarks. Among the points he made was that human rights standards should be tailored to each industry.

Thomas Niemann, Ford Motor Company’s social sustainability manager, was one of the roundtable speakers. His experience with human rights issues at Ford included the company creating its own standards for working conditions. He explained that Ford created a code of working conditions that was not much different from International Labour Organisation standards, “but we made them our own, relevant to our business.” Then the company turned that code into a global policy letter.

Niemann stressed the importance of “companies doing some introspection and finding ways that make sense to their business to make a difference.” The human rights conditions these companies are trying to address are “downright depressing,” he said, but “to hear that companies are actively trying to make a difference in a way that is relevant to the performance of their business was exciting.” 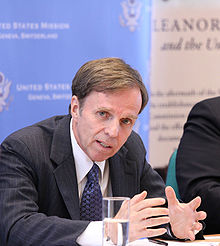 In his keynote, Posner explained that the connection between human rights and a company’s business model is important, but it lacks sufficient clarity. He noted that the C-suite should own a company’s human rights policies and commitments, and human rights issues must be connected to the ways the company makes money.

The business world has been talking about child labor and workers’ rights for a long time, Yosie said. “Only recently have we come to realize that the executive team needs to own the human rights practices.” They need to be “integrated into the core of the governance aspects of a company,” he added.

Loar described an example from CH2M’s work in Qatar. The company was dealing with press reports on the treatment of construction workers on a major infrastructure project for which it served as the program management consultant. “That brought us into the spotlight for the treatment of the workers, and we really had to look deeply into our own responsibility and our own role in this project, even though these workers weren’t directly in our supply chain,” she explained. “Without those workers, you really can’t have the engineering ideas and program management advice that we presented to our clients come to life. None of those things could happen, and the project couldn’t become a reality without those workers.” So the company found that it had to build its own procedures “so that we could embed them into our management system,” Loar said.

Yosie said that the roundtable speakers repeatedly reinforced the idea that “no single organization can manage this challenge on its own.” So collaboration is key, including partnering with other competitors and trying to enlist NGOs,” he said. “Creativity is a company recognizing its own limitations and looking to other business relationships.” One example is equipping migrant workers with mobile phones, to make it easier for companies to be aware of what’s happening as it happens, he said.

Niemann noted that Ford faced issues with conflict minerals in the Democratic Republic of the Congo. “Highly regulated industries usually fight regulations. Instead, we participated in the development of standards to which we were going to be asked to adhere,” he said. Ford joined existing working groups, and company leadership “had a maturing understanding of what needed to be done. That translated into a business metric to improve the quality of people’s lives—to improve the human condition.”

Loar described being part of a CH2M and civil society team that helped build an engineering and construction industry consortium, called Building Responsibly, that was launched in London in February to promote workers’ rights and welfare, including preventing slavery in the supply chain. It took three years of work with industry leaders, government officials and human rights NGOs, she explained. The resulting consortium aims to improve conditions for workers but also “provide a more consistent delivery platform to our clients,” she said. This business focus means that if clients hire companies in the consortium, they know they will get a consistent approach. “If you want it to be sustainable, to be embedded, you have to build it in,” she added.

The conversation among leaders across different sectors was helpful, some of the speakers said. “I learned about a much broader context for the issues I was dealing in my company,” Loar said.

“Companies still have so much more to learn about their operations” and how human rights can affect them, Yosie said.

“It puts new juice in the battery, like a pep talk from the coach,” Niemann said. “It’s a healthy reminder that we’re not there yet, but we’re not alone in the struggle.” In conversations like these, “people become more aware of the possible,” he said.