A Michigan Ross MAP team was featured in EMOL Economy for their work on a solar research project with The Chilean Association of Solar Energy (Acesol) this spring. The Ross students on the team include Nick Barrett (Erb MBA/MS ’18), Andrew Dabrowski (MBA ’17), Siddhartha Deo (MBA ’17), Shoaib Rahman (Erb MBA/MS ’17), and Christopher Selle (MBA ’17).

Read more about their project in the below English translated article.

A University of Michigan study calls to assess the residential solar generation in Chile.
The Chilean Association of Solar Energy commissioned the research project, which conducted a market analysis of residential photovoltaic energy, and concluded it needs a greater economic incentive.

SANTIAGO. – The Chilean Association of Solar Energy (Acesol), through a study called Ross MAP conducted by graduate students at the University of Michigan, achieved the first step in its goal to assess the country’s solar photovoltaic distributed generation.

Through this project, the labor union promoting solar development is seeking all positive externalities, stemming from the use of this renewable energy, to be considered; as well as higher incentives through public policy aiming at fostering its widespread use.

So far, the net billing system has had little effect on increasing the number of installed residential photovoltaic systems.

According to data from the Ministry of Energy, there were 192 installed systems registered up to April, equivalent to 2.97 MW, which is still a low figure when considering the country’s solar energy potential.

Based on several international analysis and evaluations about photovoltaic distributed generation, the Ross MAP Study concluded that a detailed investigation is needed to determine the true value of the solar distributed generation in our country, which Acesol has formally requested to the Ministry of Energy authorities.

Key factors to improve upon (problems to solve): Lack of financing, with existing rates of 20%, public policy favoring larger facilities, law of distributed generation that allows auto-consumption but that does not promote it, consumer perception misaligned with reality (due to misinformation) that makes the sale of the system more difficult for vendors, slow and cumbersome process of connection, and generalized reticence towards subsidies.

According to the study, two chief variables must be used in combination in order to develop the Chilean market: Firstly, changing the feed-in-tariffs, from net billing to net metering.

This wouldn’t be a subsidy for the solar industry, like some economic actors suggest. Rather, it is a call to assess and consider all positive externalities of solar energy. In addition to the already mentioned, the positive effects on the labor arena “should be assessed and quantified.”

Secondly, developing a specific financing system for the solar distributive generation industry. One option would be to include it in the mortgage payment. Another option would be to create financial instruments for the leasing of solar systems.

In terms of the process of connection, which was also covered in the study, the Ministry of Energy is currently modifying regulation pertaining to Law 20.571, which expedites and simplifies small-scale connections. According to Acesol, this is a step in the right direction.

This news article was originally written by EMOL Economy on June 28, 2016. The original story can be found in Spanish here (pdf). The below English translation has been approved to be republished by EMOL. 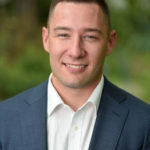 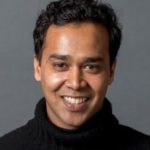