I left Ann Arbor on May 3, 2015 and within 24 hours found myself in the Kyaka II refugee settlement in Uganda. Kyaka II was established in 1983 as a settlement for Rwandan Tutsi refugees. Kyaka II later received Rwandan Hutu refugees, refugees from Burundi, the DRC and a few from Ethiopia and Somalia. In 2005, the influx of refugees from the DRC increased the population of Kyaka II to over 17,000. Currently, there are 1600 refugees, mainly from the DRC.

Kyaka II is a ‘settlement’ rather than a ‘camp’ meaning that self-reliance and freedom of movement of refugees is encouraged. Refugees in settlement are encouraged to cultivate food, and food rations are decreased over time. The idea of self-reliance indicates a need for economic opportunities. One such opportunity is employment at the MakaPads facility.

I was lucky enough to be invited by Dr. Moses Musaazi, the innovator behind MakaPads to conduct a Social Life Cycle Assessment of his company. MakaPads produces sustainable sanitary pads out of papyrus reeds. The pads are the only trademarked biodegradable sanitary pads made in Africa. Biodegradable pads are a necessity in Kyaka II as traditional pads soak up excess moisture and quickly fill up pit latrines. Incinerating pads, washable pads, tampons, and cups are not viable options for various cultural reasons.

In response to a need articulated by the UN for a solution to the problem of disposable pads, Dr. Moses developed a low-technology method for using abundant papyrus which can be harvested for free and using the pulp as the absorbent for the pads. The majority of the operation does not require electricity, and is heavily dependent on manual labor – intentionally.

MakaPads was developed as a way to solve the environmental problems caused by traditional pads, and also to provide employment to refugees. I intended to capture the full social impact of the company using the UNEP’s Social Life Cycle Assessment (S-LCA) tool. However, I quickly realized that the social impact of MakaPads was much more than could be distilled into an Excel spreadsheet.

It became clear that income generated by MakaPads allowed employees to feed their families without relying on food rations, send their children to school, and in some cases start up side businesses. I interviewed all 40+ employees at the facility. At the end of each interview I asked them how their lives had changed as a result of working for MakaPads. Many interviewees became quite emotional as they shared their stories. Many had been forced into a life of stealing, even prostitution in order to provide for themselves and their families. Having a reliable income and steady employment has helped to restore their dignity and to provide many with hope for the future. As one employee stated, “before I had this job I did nothing all day. I just sat around and was depressed. Now I have hope.”

Not surprisingly, there is no line item for “hope” on the UNEP’s S-LCA. However, by going to the camp and interviewing employees I was able to see what measurement tools cannot capture. I am still a believer in the importance of measuring social and environmental impacts, but this experience served as a profound reminder, that some of the most powerful impacts of business (restoring dignity, providing hope) are not easily quantified. 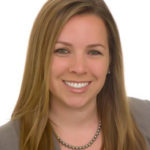