Understanding the Environmental Footprint of the U.S. Hotel sector

Recognizing what drives the impacts of hotel visits can better inform guests about responsible choices and offer property management areas in which to improve efficiency and cost savings.

Whether for business or pleasure, whenever weary travelers seek out a place to lay their heads, their consideration for the environmental footprint of that action is often minimal (if not altogether ignored). The small placards asking guests to hang towels they wish to reuse belittle the lodging and accommodation industries’ environmental impacts within the larger tourism sector.

Steady Growth of an Industry
According to the UN World Tourism Organization (UNWTO), 2014 saw 1.14 billion tourists traveling abroad, a 4.7 percent increase over the previous year and the fifth consecutive year of above-average growth. Of late, the Americas (+7%) and Asia and the Pacific (+5%) regions have experienced the strongest growth rates, remaining resilient even in the wake of the 2009 financial crisis.

In the U.S. lodging industry specifically, growth numbers from 2013 exhibit similar strength, with a 5.4 percent increase in total revenue and a 10.2 percent increase in pretax income over 2012. The U.S. receives more international tourism receipts than any other nation in the world; its 12 percent share is more than double Spain’s, which ranks second according to the American Hotel and Lodging Association.

However, accompanying economic growth in the hotel sector are the environmental footprints of pollution and resource use. A study by Han-Shen Chen and Tsuifang Hseih points to six primary categories of ecological footprint in the hotel sector: food, energy, textiles, paper products, waste disposal, and construction/land use (in descending order of impact). Food has the largest footprint based on both land area and ecological potential of cropland, forest land, etc., whereas the construction/land use of the hotel itself is relatively small.

Determining Footprint Using Input-Output Analysis
As part of a project quantifying the relative environmental footprints of the hospitality sectors in the United States vs. China in an SNRE course on Environmental Footprint Analysis, my research teammate and I used data from the Eora Multi-Regional Input-Output (MRIO) database to determine different factors’ effects on changes in total greenhouse gas (GHG) emissions and the most important upstream sources of the GHG footprint of the hotel sector’s supply chain.

With a mechanism called polar structural decomposition analysis, we disaggregated the impacts of changes in population, efficiency, the patterns of production 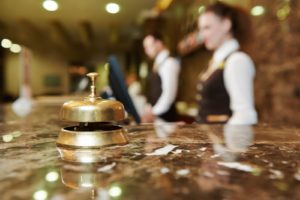 and consumption, and per capita consumption from the hotel sector’s total increase in GHG emissions between 2009 and 2010: 0.016 percent. Of these factors, per-capita consumption represented the majority of the increase, while gains in efficiency were most important in tempering this increase.

Looking Forward
Despite recent declines in fuel and natural gas costs, hotel management should be considering cutting out the fossil fuels that drive most of the industry’s GHG emissions. As the United States stands at a political juncture with regard to its climate commitments from the United Nations Framework Convention on Climate Change’s (UNFCCC) 21st Conference of Parties (COP) in Paris in December 2015, the private sector also finds itself at an important crossroads. To achieve the United States’ Intended Nationally Determined Contribution (NDC) of 26-28 percent emissions reductions below 2005 levels by 2025, as announced in 2015, the onus for action may be shifting toward the businesses that profess missions of sustainability. The U.S. commitment was made with long-term business interests in mind, as efforts to mitigate the disastrous impacts of climate change are more easily (and cheaply) managed proactively than reactively. 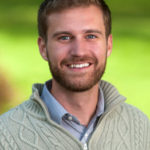