Addressing global food waste and its unintended impacts on our climate

According to the World Resources Institute, agriculture and land use change already account for 24 percent of all global greenhouse gas emissions, but we still require a global increase of 69 percent in food calories to meet growing demand. However, the bigger issue at hand may be access over quantity. In a world that currently produces enough food albeit distributed unequally, reducing post-harvest losses (PHL) in food insecure regions could prove to be a successful nexus approach addressing the relationship between climate change and food security. Post-harvest refers to any crop management activity immediately following its harvest such as storage and transportation. Consequently, there is growing international interest in the environmental impacts of PHL when considering its potential to offset food insecurity when reduced.

On September 25, 2015, the United Nations formally adopted the 2030 Agenda for Sustainable Development. One specific goal aims to halve per capita global food waste throughout the value chain, including post-harvest losses, by 2030. This is not surprising given that reducing PHL has the potential to meet the long-term needs of local communities to adapt to variable yields and global shifts in land suitability due to climate change.

As seen in the Global Food Wastage infographic, the United Nations Food and Agriculture Organization (FAO) estimates absolute GHG emissions from food produced globally and not eaten to have reached 3.3 Gt of CO2 equivalents in 2007.[1] This figure is equivalent to nearly 1.5 quadrillion kcal lost per year.[2] However, through the strategic combination of yield intensification on the farm and supply chain management, crops could meet 2050 demand with much lower anticipated environmental impact. “The major [global] contributors to the carbon footprint of food wastage are cereals (34 percent of total), followed by meat (21 percent) and vegetables (21 percent). Products of animal origin account altogether for about 33 percent of total carbon footprint, whereas their contribution to food wastage volumes is only 15 percent.”[3]

When describing the reduction of post-harvest losses in terms of climate change mitigation and adaptation some limitations include:

In most parts of the food supply chain there is more than one cause for PHL [e.g. spoilage due to lack of proper storage or cold chain facilities]. The range of loss interdependent variables related to emissions is directly related to farm and supply chain management. PHL experts suggest that since suppliers and buyers in the value chain often have distinct goals, leadership at the level of the entire system is required to improve efficiency.[4] As more data becomes available in easily accessible formats, PHL management teams will be able to choose between the most energy efficient modes of storage. For example, a modeling software called FRISBEE evaluates the final quality of a refrigerated product, in terms of energy consumption, and the potential environmental impact of refrigeration systems. In terms of global warming, food processing and storage, and the mix of energy sources used in processing plants can significantly impact the amount of GHG emissions.

While changes throughout the value chain (pre-consumption) could yield significant improvement in energy efficiency, other researchers suggest that the optimization of consumer-used appliances, such as refrigerators and stoves, may yield greater improvements in mitigating energy use than agricultural adjustments. Finally, in order to collect and process data measuring progress toward this goal, any PHL database must share a common language across projects on major concepts linked to food loss and waste, including inputs, emissions, prices, mass, and calories. 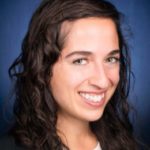