How to Save a Leaky Ship: Modeling the Organizational Obstacles to Sustainable Practices

In their paper “How to save a leaky ship” John Lyneis and John Sterman ask the simple question “Why are win-win opportunities so often left on the table?” Their answer lies in an analysis of the organizational obstacles to the adoption of sustainability strategies at a “major research university” (I think we can all guess who that is). While their recognition of organization and psychological barriers to the adoption of sustainable practices is not new, their use of system dynamics modeling to explore them more deeply is. I find this contribution exciting for both empirical and conceptual reasons.

Multiple studies have explored the ways in which behavioral processes influence the perception and development of solutions to our most pressing sustainability issues (for example, Henn and Hoffman, 2013; Hoffman and Henn, 2008; Bazerman and Hoffman, 1999). As a result, I might quibble with Lyneis’ and Sterman’s assertion that “organizational theory on socially responsible action is largely silent on the question” that motivates their paper.

Where organizational scholars begin such inquiry is the premise that, while technological and economic activity may be the direct cause of environmentally destructive behavior, it is our individual beliefs, cultural norms and societal institutions guide the development of that activity (David, 1985; Barley, 1986; Arthur, 1988). So, to understand why decision-makers do not act as homo-economicus, we must recognize that individuals within organizations deviate from rational and self-interested behavior in very predictable ways. These deviations can be analyzed on three levels.

First, we may consider how individuals are guided in their perception of sustainability problems and solutions through cognitive biases (Bazerman and Moore, 2012). Second, we may consider how individuals are influenced in these perceptions and biases by the organizations of which they are a part (Schein, 2010). Finally, we may consider the institutions (Scott, 2013) that persist and guide our awareness of our connections and impact on the environment. Only by identifying the core, taken-for- granted beliefs (or myths) that lie on these three levels can we understand the persistence of environmentally destructive behavior and move beyond our predisposition toward actions that lead us to destroy the environment.

One way of overcoming these obstacles lies in alterations to organizational structures and decision-making processes by recasting integrate environmental concerns in ways that are mutually beneficial to the objectives of the organization and the sustainability of the ecosystem on which it depends. And that is where Lyneis and Sterman focus their attention in this paper, offering an analysis of the “capability trap” as a concept that impedes operational improvements on the physical plant at a large research university. More importantly, they offer system dynamics models to illustrate how the trap works.

Empirically, this is very compelling for two reasons. First, the site is a university, the ideal client for green building improvements. While the average homeowner will stay in their house for thirteen years (Emrath, 2013) and the average developer is looking for payback periods on the order of five years, the university is not held to such short-term thinking. They will hold a property pretty much until it falls into the ground. Investments in building improvements that save money on energy, water, waste or materials will yield benefits for the lifetime of the investment with no considerations for a “next owner.” Further, most universities take progressive positions on sustainability through research, teaching, procurement, operations, buildings and most recently, endowment investment policies. So, the university is a site where one would expect the most proactive actions on sustainability. And yet, as Lyneis and Sterman show, even they fall prey to the individual, organizational and institutional obstacles and breakdowns studied in the literature. Second, by using system dynamics modelling, the authors offer quantitative and conceptual support for their argument that will be compelling to the decision-makers of the university’s buildings (and elsewhere), not just the academics that occupy them. I might push back a bit on the reliance on energy modeling in their analysis – some professionals find that energy modeling is “fiendishly complicated” and strangely inaccurate (Holladay, 2012; Worthen, 2011; Schendler and Udall, 2005) – but the system dynamics modeling of organizational failures brings the author’s excellent work into the real world where it can be used. (I recently visited Karl Marx’s gravesite in London and was moved by the inscription, “The philosophers have only interpreted the world in various ways. The point however is to change it.” The authors have taken that charge seriously).

I also find this paper interesting for conceptual reasons. Academic studies in the fields of institutions, social movements and network analyses could benefit from collaborations with those in system dynamics to bring a new lens to the examination and presentation of their field of study. For example, recent studies of the notion of the Anthropocene (Crutzen, 2002) and emergence of Anthropocene Society that might result (Hoffman and Jennings, 2015) could be a fruitful domain for examining the emergence and evolution of rules, norms and beliefs that integrate the newly recognized role that humans play in the operations of the natural environment. That we are crossing multiple “planetary boundaries” (Rockstr??m, J. et al, 2009) that imperil continued human existence on the earth requires research that delves into the meaning and consequences of such actions, as well as ways to bring its conclusions to real world decision-makers. How will existing institutions around capitalism and a market economy shift to address the challenges that the Anthropocene illuminates? And what kinds of shifts in social structures will take us there? While institutional theory and macro-sociology offer much to theorizing these developments, system dynamics modeling can offer much to improving that analysis and explaining it to others through tangible and quantitative illustrations like those found in this paper.

In conclusion, I am pleased to see this paper and the work it represents enter the discussion over ways in which humans and human societies are unwittingly, unknowingly or uncaringly destroying our environment. While policies based on rational human behavior (such as carbon pricing) will help us move us in the right direction, it is important for us to focus as much, if not more attention on the ways in which humans deviate from the rationality that such policies presume. Environmental destruction is not always the product of “evil” entities that can be controlled by coercive constraints. Rather, they are often the product of seemingly benign individuals, organizations, and institutions that create harm without realizing their impact. 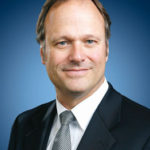