Interdisciplinary Collaboration for a Healthy and Sustainable World

I wish I had counted the number of perplexed looks I received this summer after describing my summer internship. Upon learning that I was an Erber, people would quickly assume “Interesting! So are you working in sustainability?” To which I would respond, “Not exactly. I’m working at the Center for Discovery of New Medicines at the University of Michigan — an academic drug discovery center that supports life sciences faculty in translating their research into new drugs.”

On the surface, sustainability and drug discovery may not seem to have much in common. Yet over the summer, I discovered that there are at least three areas of overlap. Moreover, I believe there’s an opportunity to promote more connections between the two fields.

First, sustainability and drug discovery are most obviously connected through the realm of natural products used for medicine. In July, TED Radio Hour released a show called ‘Finite’, where they discussed the consequences and possibilities of living in a world with limited resources. Two of the segments included examples about how natural products are a critical source for crucial drugs. Moreover, availability of these natural products are being threatened by climate change and diminishing biodiversity. Mark Plotkin,

an ethnobotanist, closed his TED talk about drug discoveries in the Amazon with this statement:

“Let’s think differently. Let’s make a better world. If the climate’s going to change, let’s have a climate that changes for the better rather than the worse. Let’s live on a planet full of luxuriant vegetation, in which isolated peoples can remain in isolation, can maintain that mystery and that knowledge if they so choose. Let’s live in a world where the shamans live in these forests and heal themselves and us with their mystical plants and their sacred frogs.”

During my internship, I discovered that David Sherman, faculty at University of Michigan, explores natural chemical compounds developed by microorganisms in order to discover new therapeutic compounds. He embarks on discovery trips to natural areas around the world, such as the Red Sea, Costa Rica and the Carolina coastline, to find new microorganisms to examine. Check out this amazing video about his work in the Red Sea! 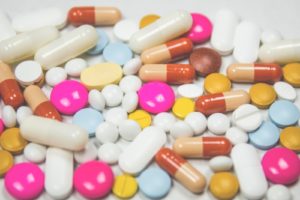 Second, drug discovery is a resource intensive effort, not only in financial terms, but also in terms of natural resources. Research labs typically use 3-4 times as much energy per square meter as a typical office building. Energy use in life sciences labs is driven by proper ventilation standards and energy intensive equipment. For example, lab animals are closely monitored to ensure safe and humane conditions according to Institutional Review Board (IRB) standards, which requires 24 hour monitoring and ventilation — both very energy intensive systems.

I realized that climate action and drug discovery might be at odds if increasing research intensity, also increases the carbon footprint. To that end, I believe there is a promising opportunity for cleantech and green construction companies to consider innovative solutions to serve research labs.

Finally, drug discovery and climate change are both intractable, wicked problems, for which interdisciplinary collaboration is required to untangle these challenges. The world of drug discovery is going through a sea-change where incentives for innovation are shifting away from industry towards academia — particularly because of governmental pressures. Similarly, in the world of climate change, businesses are often moving faster than governments in terms of avoiding a 4 degree rise in global temperature. In both worlds, stakeholders can no longer solve these issues in silos, but rather they need to collaborate to find win-win solutions not only for themselves, but also society at large. Through creative collaboration, I’m optimistic that these wicked problems can be solved to create a more healthy and sustainable world. 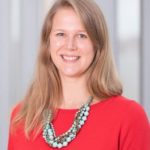